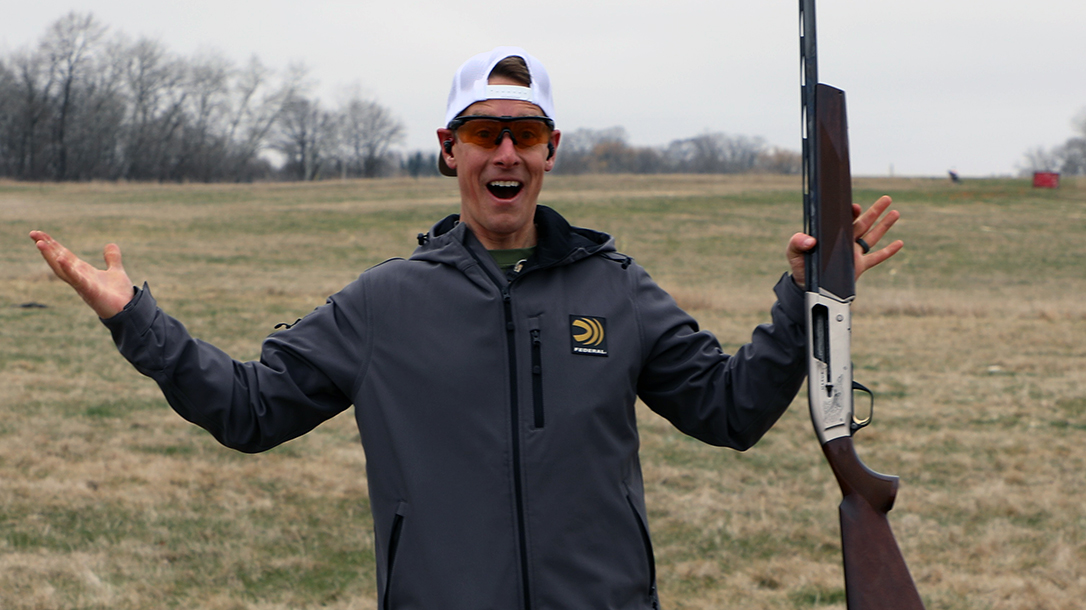 Federal Ammo-sponsored exhibition shooters Steve and Aaron Gould last week broke their own distance record for hitting a clay pigeon with a shotgun.

The Goulds, who had previously set a 160-yard record several years ago, switched to Federal's new Heavyweight Tungsten Super Shot, or TSS, loads to push past that envelope. In the attempt, held at a rural Minnesota location, the brothers tried a 170-yard shot, which was landed successfully by Aaron. Steve then doubled down and managed to break a clay at 180 yards with a No. 7 TSS shot from a 12 gauge.

“We are always trying to push the limits of what is possible, and we knew that Federal’s TSS would be the round to make it possible to break a clay pigeon at further distances than we had in the past,” said Steve Gould.