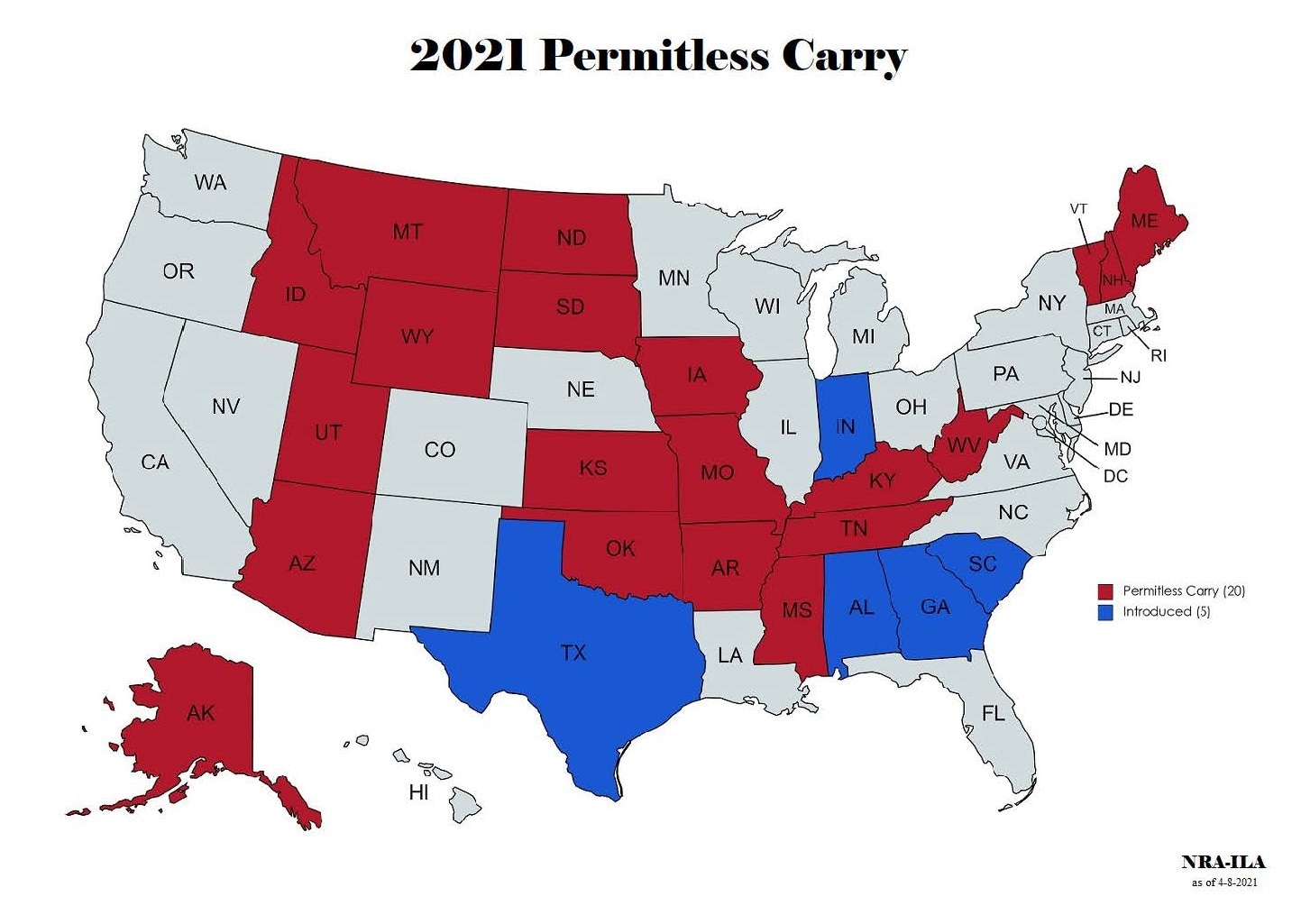 After a marathon debate on Thursday, the Texas House voted to approve a permitless carry bill recognizing the right of those over age 21 to have a concealed handgun without a permit.

With several similar bills on tap, at the end of the day, HB 1927 was given initial approval by the body, picking up seven Democrats while only losing two Republicans in an 84-56 vote.

“This bill should be called common sense carry,” said sponsor, state Rep. Matt Schaefer, R-Tyler. “Law-abiding citizens need the ability to protect themselves and their families.”

Since Texas, the second-largest state in the Union with a population of nearly 30 million, would be the largest thus far to adopt wide-scale permitless carry protections, there has been concentrated pushback from national anti-gun groups and progressive lawmakers against the move. Much media attention has been given to a handful of big-city police chiefs and concealed carry instructors who are on record against the bill. However, sponsors of the measure point out that such advocates are in the minority. For instance, of the more than 1,900 qualified License To Carry instructors in the state, just 54 – less than 2 percent – have signed onto a letter in opposition to permitless carry legislation.

Meanwhile, others adamantly support it.

“I have been a firearms instructor for over twenty years, and training entry-level gun handlers to be competent shooters motivates me – and will continue to do so," said Mike Cox, with Driftwood Firearms Training. "But the mission of training should not be confused with constitutional rights. With passage of Constitutional Carry, we have a chance to restore our rights."

Firing back at claims that the bill would “dismantle” the Texas permitting system, the existing LTC law would not be repealed under the measure. Sponsors of the bill go on to point out that Arizona, a state that adopted constitutional carry over a decade ago, similarly kept its permitting scheme in place for those who wanted it and has seen the number of residents with such permits more than double since then.

Should HB 1927 ultimately clear the House, it would proceed to the state Senate for further debate. Texas Gov. Greg Abbott has already signed bills to recognize open carry and campus carry in the Lone Star State as well as a measure to cut LTC fees.

So far this year, four states – Iowa, Montana, Tennessee, and Utah- – have adopted permitless carry laws, bringing the total number of states that recognize the practice to an even 20. Besides Texas, at least four other states are considering similar legislation.

"It's time for Texas to join the 20 other states that have legalized this personal protection option!" noted the NRA.