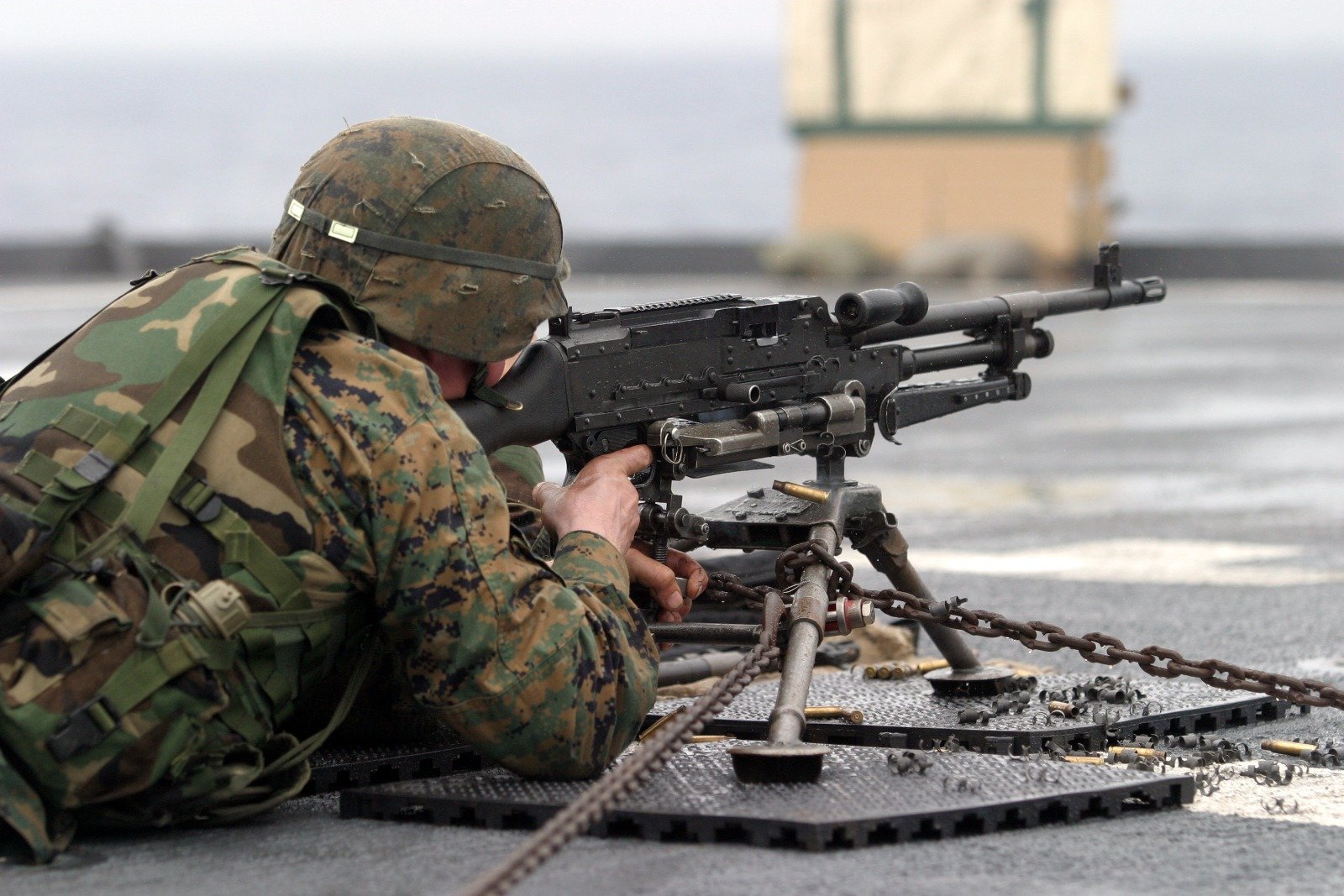 Cameron Hopkins, owner of SuperVel Ammunition, was good enough to give us a tour of what he thinks are some of the best machine guns ever made.

Hopkins, like dozens of other machine gun owners, attended the Big Sandy Shoot in March 2021. Many of his machine guns are dealer samples, which means they're not transferable. This makes them worth considerably less than machine guns manufactured before 1986, which are finite in number and can be bought or sold with a $200 tax stamp from the ATF.

But Hopkins can still play with his machine guns all he wants, and that is perhaps more important. He had quite a selection on hand at the shoot and was more than happy to share with us what he thought were some of the best machine guns in his collection.

"We start off right here with a Ma Deuce," said Hopkins, pointing to his M2 Browning .50 caliber machine gun. "This is a heavy machine gun invented by John Browning in 1921. This gun went into service in 1921, and we're still using it." This is a testament to the brilliance of the design and the hard-hitting power of the .50 caliber round.

Hopkins points to the next machine gun in his collection, a water-cooled Vickers. "The enemy of machine guns is heat. Heat kills machine guns, and we've done various things to try to keep them cool," he said. The Vickers was a British machine gun used extensively during the First World War. Chambered in .303 British, it was produced from 1912 to 1968. It used a tube full of circulating water around the barrel to keep it cool.

The next gun Hopkins shows us is, in his opinion, a candidate for best machine gun. It is a Soviet PKM chambered in 7.62x54mmR. "This gun is so rugged and reliable, it is unbelievable," he said. "It's used by Third World countries the world over, by untrained troops, in the jungle, the worst conditions, and it always, always, always runs." The original PK machine gun was introduced in 1961 and an improved PKM variant was introduced in 1969 and is still going strong today.

Up next is one of the more unusual and rare guns in Hopkins' collection. It is a Uk vz. 59. It's a Czechoslovakian machine gun in the same chambering as the PKM. What makes this gun unique is how it is charged. "The grip itself is the charging handle," said Hopkins. Another unique feature of the gun is that it rests underneath its tripod, not on top.

The next gun up is the second candidate for best machine gun according to Hopkins. It's an MG 74. This is the updated version of the MG 42, which was used extensively by the Nazis during World War II. The MG 42 was often referred to as Hitler's zipper because of its high rate of fire at 1,200 rounds per minute of 7.92×57mm Mauser.

The last gun Hopkins shows us his third candidate for best machine gun. It's an FN M240. It is currently the general-purpose machine used by U.S. forces. It fires the 7.62x51mm NATO round and is extremely reliable. First hitting the scene in 1977, it is still produced by FN at their factory in Columbia, South Carolina.

"If this gun were transferable, you're looking at a quarter-million dollars. It is non-transferable. It is a dealer sample. So, it's worth maybe twelve thousand," said Hopkins.