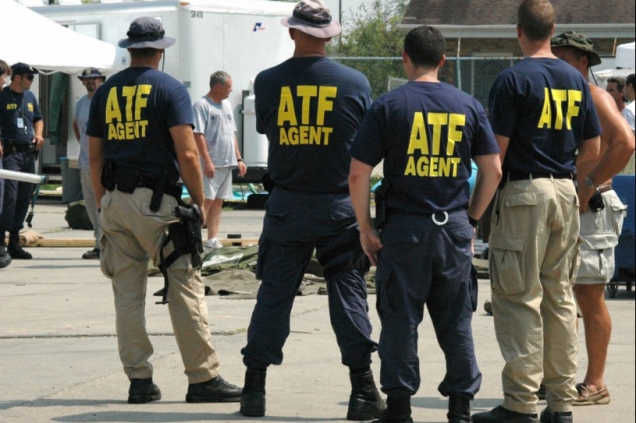 Republicans on Capitol Hill have filed legislation that aims to get rid of the federal government's gun regulatory agency and spend some of the money saved on victims of the agency's "gun-walking" program.

The bill, sponsored by U.S. Rep. Marjorie Taylor Greene (R-Ga), would, "eliminate the Bureau of Alcohol, Tobacco, Firearms, and Explosives, remove firearm restrictions on lawful gun owners, and provide funds to surviving families of border patrol agents killed as a result of Operation Fast and Furious," according to its title.

Fast and Furious was a scandalous ATF program that allowed known gun traffickers and straw buyers in the Southwest to purchase as many as 2,000 guns between 2009 and 2011 with the intention of tracing them the end-users in the criminal underworld. In most cases, however, the guns went on simply arm those involved in Mexico’s ongoing narco wars leaving at least one federal law enforcement officer and as many as 200 Mexican nationals dead with weapons shipped during the operation.

"I’m introducing this legislation to Eliminate the ATF to protect ALL gun owners across this country from a tyrannical, power hungry group of bureaucrats whose goal is to destroy our Second Amendment rights," said Greene on social media.

The measure is filed as H.R. 3960, and currently has three co-sponsors, U.S. Reps. Ralph Norman (R-SC), Matt Gaetz (R-Fla) and Paul Gosar (R-Ariz). It has been triple referred to the Committees on the Judiciary, Ways and Means, and Homeland Security.

The likelihood of the proposal passing the Democrat-controlled body and eventually being signed into law by the Biden-Harris Administration, who is backing a controversial gun control organization policy advisor to head the ATF, is remote.

The White House has proposed an additional $23.4 million in the ATF's annual budget for "targeted efforts to halt gun violence." This includes $5.3 million for Crime Gun Intelligence associated with the National Integrated Ballistics Information Network, $4.3 million for Forensic Services to conduct DNA analysis on fired cartridge casings, and $12.7 million for Federal Firearms Licensee Outreach and Compliance to enhance regulatory and industry partnerships.

The ATF so far this year has proposed rulemaking that would upend current practices on homebuilt guns and pistol stabilizing braces.