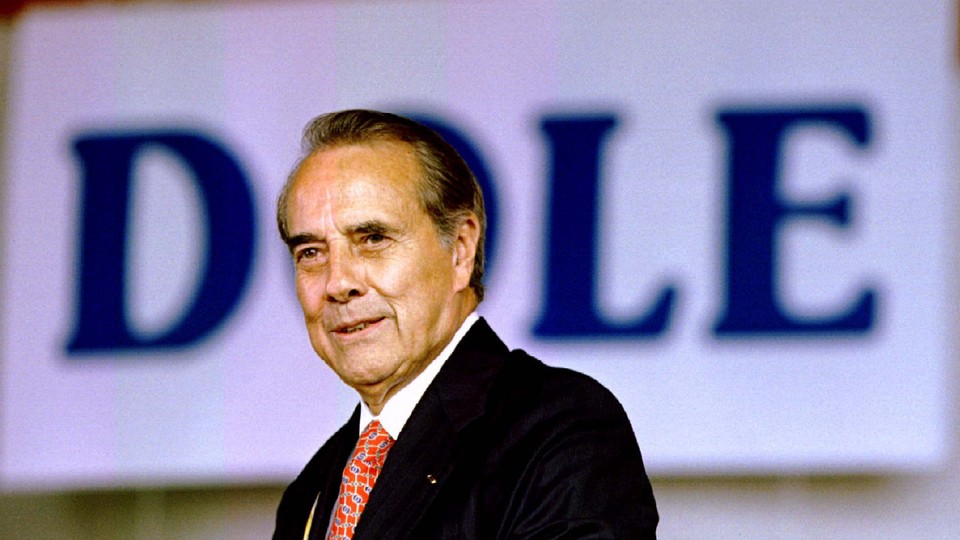 Dole, born in Russell, Kansas, in 1923, interrupted his college studies at the University of Kansas to enlist in the Army, serving with the famed 10th Mountain Division in Italy where he was gravely wounded and initially left for dead on the battlefield. In postwar rehabilitation, he had to learn to write with his left hand after his right was left with limited mobility. After the war, he became an attorney. Entering politics in 1950, first in the state legislature and then heading to Congress in 1960, Dole unsuccessfully vied for spots as vice president and president several times, ending with his final loss to a second-term-seeking President Bill Clinton in 1996.

He famously stood against Democratic darling Sen. Ted Kennedy on the radio program "Face Off" in 1986 on the subject of gun control at a time which the Hughes Amendment was at play.

He filibustered against the Brady Bill in 1993, voting twice against cloture. He had successfully blocked it in 1991 and 1992 through similar maneuvers. When it went to a final passage, Dole cast his vote with 35 other senators against the measure, saying, "We lost one." He also backed removing the five-day waiting period for handgun purchases required in the original federal Brady Law, which was later implemented in 1998.

Dole led the bulk of the Republican caucus against the federal "assault weapons" ban, but the GOP fell short against a 56-vote majority that included now-President Joe Biden and two current octogenarian Dems still in the Senate, Dianne Feinstein and Patrick Leahy. Once the Clinton Crime Bill, outlawing 19 types of guns by name, passed in August 1993, that November Dole offered a motion to kill the measure that failed. The senator later railed against it to the New York Times, calling it "ill-conceived," and in a 1996 interview with Don Imus, saying, "It hasn't been effective. It hasn't worked."

He later made rolling back the ban a big part of his presidential run in 1996, although he waffled on it while on the campaign trail, saying, "We've moved beyond the debate over banning assault weapons. Instead of endlessly debating which guns to ban, we ought to be emphasizing what works.''

When Dole left Congress in 1996, his fellow lawmakers entered 179 pages of tributes into the public record.

Still, he was the last WWII Veteran to be nominated by any party for president. With that, check out his 2008 interview with the National WWII Museum about his service.