Source Credit to GunsAmerica.com by MAX SLOWIK on NOVEMBER 4, 2019 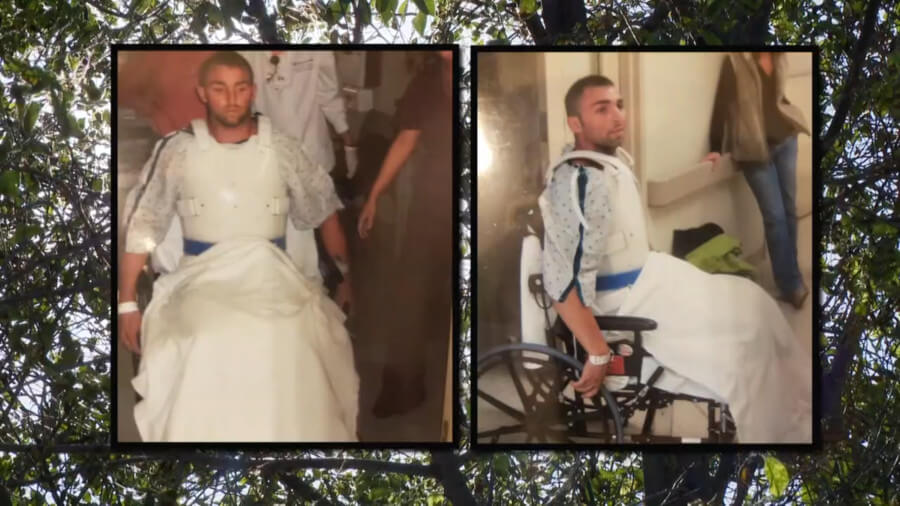 Geoff Newmyer, 36, has spent the last 12 years recovering from a spinal injury he received while hunting, and now works hard to stress safety in hunter education classes. Newmyer believes his accident was avoidable and hopes others can benefit from his mistake.

Newmyer fell out of a tree hunting in Michigan in 2007. The fall paralyzed him from the waist down.

“We were just going back out to take our stands down, and I was coming back down out of a tree,” he told the local ABC news affiliate. “A branch broke, and I fell from there about 12 to 15 feet.”

“I knew right away that I really screwed up my back. My legs went numb. I couldn’t feel ’em. I couldn’t move. I tried to get up,” he said.

Newmyer was taken to the Mary Free Bed Rehabilitation Hospital in Grand Rapids. According to the Chief Medical Officer Dr. Michael Jakubowski, the hospital sees about 10 people a year for similar falling injuries incurred while hunting.

“They’re injuries that occur in people who are vigorous, healthy outdoorsmen and outdoorswomen, and they’re life-changing,” Jakubowski said. “There are almost always permanent aspects of the injury, even in the people who have some sparing and are able to walk on their own.”

“If you were to fall with a full body harness and a LifeLine, you’re connected to the rope,” Newmyer said. He teaches hunter education courses through the local police department.

“I really enjoy doing it. We do two classes a year,” he said. “They put me on that tree stand safety station.”

“If people [can be] 90 percent safe, with a little thought, you can be virtually 100 percent safe in this,” he said. “It’s not hard to do. You just can’t take anything for granted.”

“I live every day as if I’m going to walk again, so that’s what keeps me going,” he added.

Newmyer married one year following his accident and he and his wife have two children. He runs an off-road wheelchair company part-time and keeps his lights on with his own plumbing company.