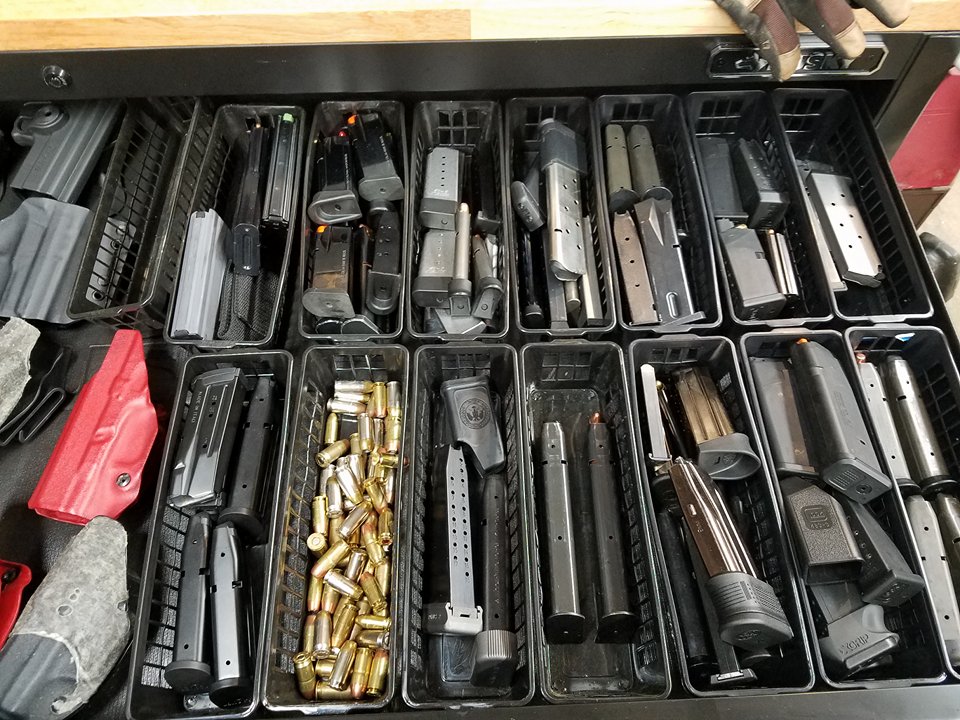 A divided 7-4 en banc panel of the U.S. 9th Circuit Court of Appeals on Tuesday held that California's controversial magazine ban is legal.

The case, challenging California's prohibition on magazines capable of holding more than 10 rounds, saw a glimmer of hope when a lower court tossed out the ban in 2019. At the time, U.S. District Judge Roger T. Benitez sided with a group of residents and the California Rifle & Pistol Association who argued the state’s prohibition against "high-capacity magazines" violated the Second Amendment. Agreeing with that argument, Benitez found the law unconstitutional and issued an order, later stayed, blocking the state from enforcing it.

The following year, a three-judge panel of the 9th Circuit upheld Benitez's ruling, citing that Americans own at least 230 million magazines, with about 115 million of those falling under California's LCM law-- which are legal in 41 other states.

However, under pressure from state Democrats and the California Attorney General, the left-leaning Circuit vacated the key 2A legal victory and scheduled a rehearing by an 11-judge panel. That panel this week sided with the state in a mammoth 170-page ruling.

"Today’s decision is a victory for public safety in California," said California Attorney General Bonta. "Gun violence is an epidemic in this country, but laws like our ban on large-capacity magazines are commonsense ways to prevent this violence, including devastating mass shootings. I’m thankful to the Court for giving this case a second look, and confirming what we know to be true: our laws keep Californians safe while allowing law-abiding gun owners to exercise their constitutional rights."

"THE MAJORITY OF OUR COURT DISTRUSTS GUN OWNERS AND THINKS THE SECOND AMENDMENT IS A VESTIGIAL ORGAN OF THEIR LIVING CONSTITUTION" -- JUDGE LAWRENCE VANDYKE, IN HIS DISSENT.

"The majority of our court distrusts gun owners and thinks the Second Amendment is a vestigial organ of their living constitution," said VanDyke as part of his 27-page salvo. In a rare move, the former Solicitor General of Nevada and Montana questioned the disconnect that the majority had when it came to understanding the right to keep and bear arms.

Ultimately, it is not altogether surprising that federal judges, who have armed security protecting their workplace, home security systems supplied at taxpayer expense, and the ability to call an armed marshal to their upper-middleclass home whenever they feel the whiff of a threat, would have trouble relating to why the average person might want a magazine with over ten rounds to defend herself. But this simply reinforces why those same judges shouldn’t be expected to fairly balance any Second Amendment test asking whether ordinary law-abiding citizens really need some firearm product or usage.

As part of its case, the state of California argued that some data suggests that people using firearms in self-defense fire only “2.2 shots on average.” On this basis, the state equated that the banned magazines are not useful for self-defense, and that those capable of holding more than the arbitrary limit of 10 rounds are dangerous "military-style" or "large-capacity" magazines, despite the fact that, for many of the most popular semi-automatic firearms on the market, standard capacity magazines often hold between 15 and 30 rounds.

VanDyke argued the 2.2 figure was immaterial, saying "That a citizen did not expend the full magazine does not mean that the magazine was not useful for self-defense purposes."

Further, VanDyke made it a point to call out the Circuit's habit of overturning any gun rights victories and convening en banc panels that, in turn, issue a ruling that sides with gun control proponents.

In the thirteen years since the Supreme Court ruled in Heller that the Second Amendment “guarantee[s] the individual right to possess and carry weapons in case of confrontation,” our court has trimmed back that right at every opportunity—to the point that now, in the nine Western states covered by our court, the right to “keep and bear arms” means, at most, you might get to possess one janky handgun and 2.2 rounds of ammunition, and only in your home under lock and key. That’s it. That’s ridiculous, and so I must respectfully dissent.

“We are truly disappointed that the Ninth Circuit en banc panel decided to go against the solid constitutional reasoning of other judges to strike down this win for gun owners," said CRPA President Chuck Michel. "We will be appealing to the Supreme Court for a final determination because gun owners deserve to have someone fighting for them and their rights. The Second Amendment is a fundamental right, and it is time that courts stop treating that right like a second-class gift from government."