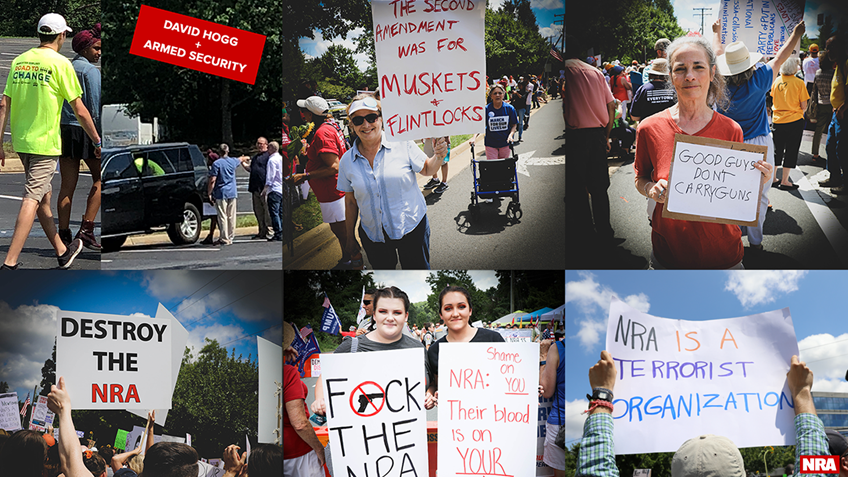 Crowd funding is a relatively recent innovation that allows a person or cause to leverage the vast reach of the Internet to raise money for virtually every imaginable purpose. Even small donations of a few dollars can aggregate into impressive sums with sufficient participation. It also provides an interesting window into the sorts of appeals that move people into parting with their own hard-won cash, as participants vote with their wallets, rather than just their online clicks or survey answers. To that extent, it can provide some insight into what issues really attract substantial grassroots support.

It does, however, require a “crowd.” This recently proved to be a problem for a national appeal aimed at raising funds for the so-called “National March on the NRA” (NMNRA). Despite the effort’s prominent exposure on the organizing entity’s website and social media platforms, and the hype the event itself received from a “news” apparatus eager to portray gun control as enjoying resurgent popular support, NMNRA’s online fundraising effort was an unmitigated bust. Before the campaign finally closed, it had attracted only 3 contributors who ponied up a grand total of $70.

Here in Northern Virginia, that might just about get you a tank of gas for an 8-passenger van.

As astute observers of gun control advocacy already know, there is very little that is “grassroots” about it. Its funders are principally billionaires who believe their vast wealth entitles them to remake American culture in their own image, guys like Michael Bloomberg, George Soros, and Paul Allen. They are fortunately few in number but undeniably mighty in resources.

What they haven’t yet managed to do, however, is create a culture in which the idea of taking away peoples’ rights moves ordinary individuals to sustained action. Causes that have attracted more support on the same crowd funding website NMNRA used have included a young man seeking money for “booze and cigarettes” (224% more support), an aspiring Yoga instructor (757%), and a parade float for a mother who wears heavy metal t-shirts(6,084%).

More to the point, there has also been greater support for a competitive shooter hoping to participate in an international match (1,357%) and a young cancer patient’s hunting fund (2,357%).

For months, the mass media has been insisting that America has turned a corner in its popular support for gun control and in its opposition to the NRA.

But talk, as they say, is cheap.

When you get past the media filter and see the sorts of choices Americans are making on their own, it becomes pretty clear they’re just not buying what the gun control advocates are pushing.