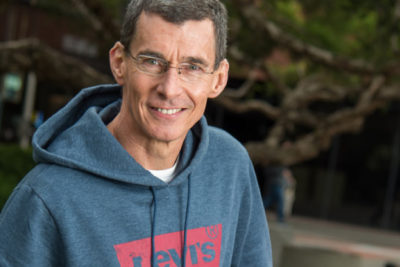 In the best attempt to date to unseat Edward Stack as the nation’s Virtue Signaler in Chief, Levi Strauss’s CEO Chip Bergh bravely announced this week his company’s support of “youth activists” working to end the “gun violence epidemic” in America and encouraged other “business leaders” to do the same.

“As business leaders with power in the public and political arenas, we simply cannot stand by silently when it comes to the issues that threaten the very fabric of the communities where we live and work,” he said in a recent op-ed published by Fortune. “While taking a stand can be unpopular with some, doing nothing is no longer an option.”

Naming his brand among the “pioneers of the American West” and the “great symbols of American freedom,” Bergh outlines three ways he’s hoping to restrict the constitutional rights of his fellow Americans.

First, he plans to establish the Safer Tomorrow Fund, which will dole out $1 million in “philanthropic grants” to “nonprofits and youth activists who are working to end gun violence in America.”

Next, Bergh and his company will join Everytown for Gun Safety’s new Business Leaders for Gun Safety coalition. Roughly paraphrasing Everytown’s website, this group is working to join banks and other businesses doing their darndest to bankrupt gun companies and marginalize gun owners.

Finally, Bergh hopes to incentivize his employees to join him in his righteous crusade. Levi Strauss will double its usual employee donation match to anti-gun organizations and pay employees for sixty working hours per year (5 hours per month) to volunteer for the same organizations.

“We’re encouraging our employees to use their time to make an impact,” he said. 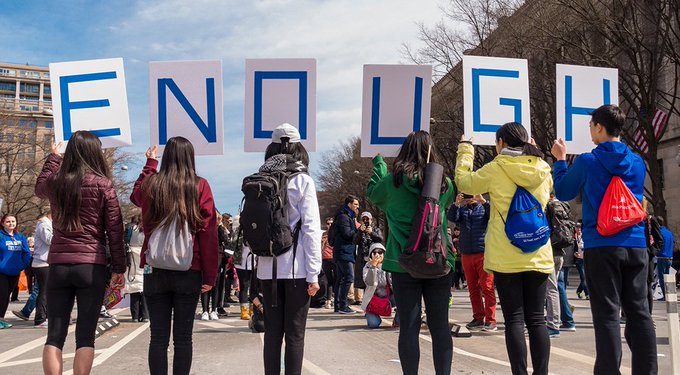 We are stepping up our support for gun violence prevention in multiple ways. Learn more: http://bit.ly/2wCIucs

Bergh assures his readers he doesn’t want to repeal the Second Amendment or suggest that gun owners aren’t responsible. He’s a former Army officer, after all, and he took an oath to support and defend the Constitution.

Those constitutional rights don’t apply to everyone, of course. Bergh quotes retired four-star general Michael Hayden, who said in a promotional piece for the Giffords Center that “some people… should never have access to any weapons.”

In a dramatic conclusion, Bergh explains that Levi Strauss has “never been afraid to take an unpopular stand to support a greater good,” highlighting his company’s support for integration before the Civil Rights Act and for same-sex couples all the way back in the 1990s.

“While each one of these stands may have been controversial at the time, history proved the company right in the long run,” he says, courageously. “And I’m convinced that while some will disagree with our stand to end gun violence, history will prove this position right too.”

Levi Strauss may have been at the forefront of the Civil Rights movement, but they’re hardly the first company to take a stand against Guns: The Great American Evil. Following the Parkland massacre, a variety of companies, including Walmart, Bank of America, Shopify, and Dick’s Sporting Goods, announced policies designed to curb the Second Amendment rights of their customers and business partners.