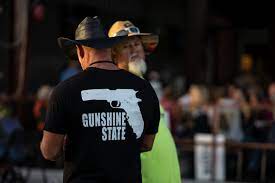 In the aftermath of the swift collapse of the military of the Republic of Afghanistan, Republicans in the U.S. Senate want to know just what the Taliban have captured in terms of American-supplied munitions.

With images of newly inherited fleets of vehicles, rooms of small arms, and fields of aircraft circulating across the Taliban's largely unfettered social media accounts, the GOP lawmakers sent a letter to U.S. Secretary of Defense Lloyd Austin on Wednesday demanding a full account of U.S. military equipment left behind in Afghanistan.

“It is unconscionable that high-tech military equipment paid for by U.S. taxpayers has fallen into the hands of the Taliban and their terrorist allies,” the senators wrote. “Securing U.S. assets should have been among the top priorities for the U.S. Department of Defense prior to announcing the withdrawal from Afghanistan.”

The letter, led by U.S. Sen. Marco Rubio of Florida and signed by 24 other Republicans, calls for detailed information on:

1. A full account of military equipment provided to the Afghan Armed Forces in the last year;
2. All military equipment, owned by either the U.S. or Afghan Armed Forces, that was removed or destroyed prior to the U.S. withdrawal, or is rendered inoperable without U.S. logistics personnel;
3. All U.S. military equipment that remains operational in Afghanistan;
4. A list of what military equipment has been seized by the Taliban;
5. An assessment of how long it will take the Taliban to use each of the captured equipment;
6. An assessment of the likelihood that the Taliban will seek to work with Russia, Pakistan, Iran, or the People’s Republic of China for training, fuel, or infrastructure necessary to utilize the equipment they do not have the capabilities to use on their own; and
7. Any efforts by the administration, planned or underway, to recapture or destroy equipment that remains in Afghanistan and is at risk of being used by terrorist entities.

Voice of America posted a video of Taliban troops manning checkpoints and running patrols in Kabul, largely utilizing American equipment including M16s and Textron M1117 Armored Security Vehicles, of which over 600 were provided to the Afghan military.

Meanwhile, domestic firearms trade industry experts are calling out the irony that, at the same time the Biden-Harris Administration has witnessed the implosion of the $88 billion Coalition-trained and equipped army in Afghanistan, it is seeking to shackle the Second Amendment for Americans at home.

"The devastating visuals of Taliban fighters sweeping through Afghanistan that led to the fall of the Afghan government and the evacuation of the U.S. Embassy revealed a disturbing reality," said Larry Keane, SVP for government & public affairs for the National Shooting Sports Foundation. "President Joe Biden was willing to leave billions of dollars worth of high-tech weapons in the hands of the Taliban but is determined to strip law-abiding U.S. citizens of their God-given right to keep and bear arms."