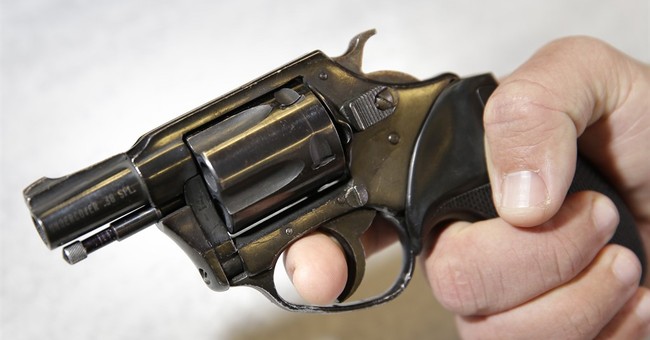 Kellie Collins ran as a pro-gun control Democrat in Georgia’s 10thcongressional district during the 2018 elections, but dropped out due to personal reasons. USA Today reported that she had raised $5,000 in January of 2017 before exiting the race; her last FEC report was filed in July of that year. Besides gun control, she was running on health care, education, and increasing the minimum wage. Oh, and she bashed Donald Trump. She was your run-of-the-mill Democrat:

Collins said in an interview with the blog GirlsReallyRule that her main priorities for running were helping citizens of Georgia acquire health insurance, increasing the minimum wage and improving the quality of education in the state.

In another interview, she also called President Donald Trump an "unqualified demagogue" and said the 2016 election was a wake-up call for her to run.

"I have always tried to help my community through my lifetime, but I had a bit of an epiphany when the 2016 election showed how little the public voice is heard (especially in the US House of Representatives) by our elected government," she told GirlsReallyRule. "I started feeling as if someone should stand up and speak out against it."

Now, she’s been arrested for murder and grand larceny. She allegedly shot and killed her former campaign manager, Curtis Cain, whose disappearance was noted when he failed to show up for work. When his body was discovered, it was determined he had been dead for days (via WSBTV):

Investigators said Cain did not show up for work…so deputies went to his home to check on him. That’s when they found him dead from an apparent gunshot wound.

The coroner said the body had been there for at least four days.

Collins has been charged with grand larceny in addition to murder.