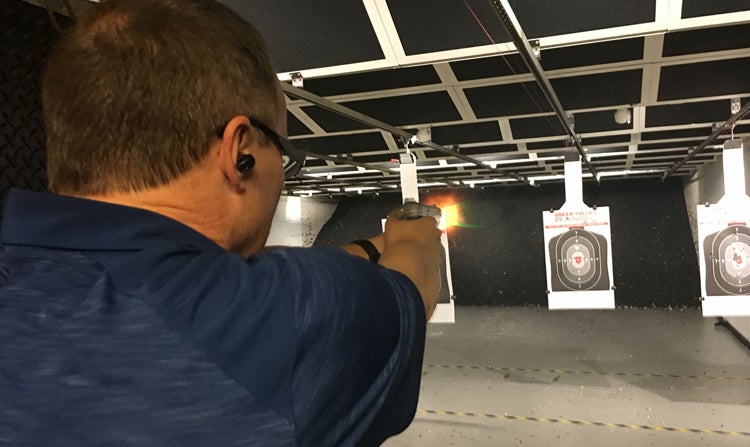 Republican Gov. Brian Kemp, amid a reelection campaign, on Wednesday announced his intention to get permitless carry passed in Georgia this year.

"Now, more than ever, law-abiding Georgians want a strong commitment to the Second Amendment and the right to protect themselves," said Kemp on social media. "Today I announced our push to get Constitutional Carry on the books in Georgia this legislative session. Together, we’ll GET THE JOB DONE!"

The diverse Georgia General Assembly this session has the GOP in the driver's seat, holding a 34-22 majority in the state Senate while controlling the state House 103-76.

While the Peachtree State has had controls on the public carry of firearms since at least 1837, it currently has a shall-issue concealed carry program, expanded in 2010, that has no training requirements to obtain a permit. Recognized in 32 states, Georgia's Weapons Carry License averages $75 for a five-year permit and is required for both concealed and open carry. According to a recent report on concealed carry permits, Georgia was one of just six states that have over 1 million permit holders, with about 15 percent of the adult population having an active WCF.

Meanwhile, some 21 states, including Georgia's neighbor to the North, Tennessee, have adopted permitless carry laws while still retaining existing concealed carry programs for those who wanted such a license for reciprocity reasons.

Georgia is fast becoming a home for the firearms industry due to its gun laws and welcoming attitude towards manufacturing. Last year, RemArms – the rebooted Remington Firearms – announced they were bringing 850 jobs to a new facility outside of Atlanta in a pivot from New York. Georgia is already home to black rifle maker Daniel Defense, located in Black Creek; Heckler & Koch, located in Columbus; and Taurus/Heritage/Rossi, located in Bainbridge.

Kemp is headed for a tough reelection bid in November but first must best popular former U.S. Sen. David Perdue, a Trump conservative, in a Republican primary. Should Kemp gain his party's nomination, he will likely face off against the favored Democrat in the race, former state lawmaker Stacey Abrams, an outspoken progressive who in her 2018 campaign against Kemp for governor said that she wanted to repeal campus carry, institute universal background checks, implement Extreme Risk Protection Orders to temporarily seize guns from those thought to be at risk, and expand mandatory gun surrenders for those accused of domestic abuse.