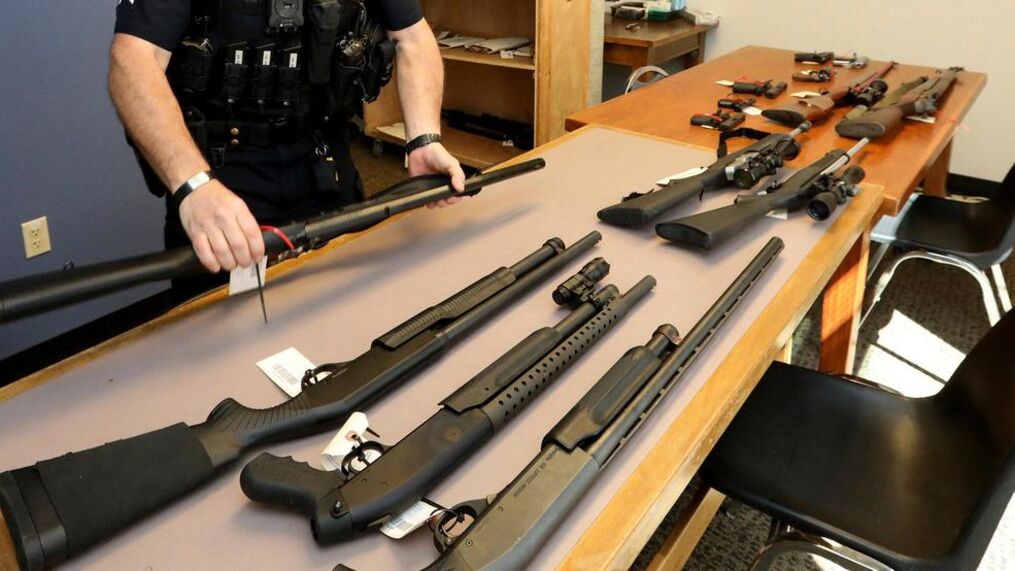 "Today we continue to deliver on our promise to help save lives while protecting the rights of law-abiding Americans," said recently appointed U.S. Attorney General Merrick B. Garland in a statement along with the rollout. "We welcome the opportunity to work with communities in the weeks and months ahead in our shared commitment to end gun violence."

Going past what many existing state laws allow, the model legislation enables not only law enforcement or a family member to request such a gun seizure order, but also a "dating or intimate partner," health care provider, or school official. It allows for ex parte orders, which famously "gets the guns first" without the subject of the order even knowing it has been filed, and makes the burden of restoring their Second Amendment rights an adversarial process.

Further, it requires the law enforcement agency carrying out the search and seizure order to report it to the National Instant Criminal Background Check System, as well as any known state background check system, effectively suspending the subject's right to keep and bear arms.

What it does not include is any form of counseling or mental health treatment, although the nature of such orders is to keep an individual "at crisis" from legally accessing or possessing guns. It is also vague about penalties or punishments for those filing false or harassing orders, leaving that up to the states to decide.

The proposed DOJ budget request sent to a Democrat-controlled Congress from the Biden-Harris Administration includes $40 million in federal funding for an incentivization program for red flag and gun licensing laws.

Pro-gun groups have stumped against such laws for years. Such organizations argue red flag orders have little impact on crime and instead force individuals to surrender legal firearms to law enforcement based on often uncorroborated statements. That then puts those gun owners into an expensive uphill fight to get their rights restored.

They also criticize the trend as a move to go after guns rather than potentially dangerous people, as the orders typically have no mandate for mental health evaluation tied to them.

“If you send police to confiscate someone’s firearms because he is considered to be a threat to himself or someone else,” Alan Gottlieb, founder of the Second Amendment Foundation, told Guns.com previously, “but you leave that individual essentially on the loose, what’s to prevent that person from committing mayhem with a car or some other weapon?"

Gottlieb also contends that the orders could be used maliciously, saying, “Nobody should be subjected to such legal abuse, essentially being considered guilty until they prove themselves innocent, and in the meantime having their Second Amendment rights suspended or revoked.”