Being a fellow who advocates having spare ammunition along for whatever rifle, shotgun or handgun I happen to be carrying, the new Ammo Caddy from Versacarry is the kind of accessory rifle hunters in particular will warm right up to.

The concept isn’t new: spare cartridges carried in some sort of looped accessory that ride on the side of the buttstock. Up to now, they’ve been made from heavy elastic or leather that wraps around the butt like a sleeve, but Versacarry has taken a rather clever new approach utilizing modern material.

Made from premium water buffalo leather, the Ammo Caddy can be carried either on the rifle stock, or on the belt by attaching it to a leather panel with 1 ½” belt loops. A good tug separates the cartridge carrier from the backing so it may be moved back and forth as the situation requires.

On the backside of the Ammo Caddy, Versacarry has installed a panel of “industrial strength” hook-and-loop nylon material. The Ammo Caddy comes with one belt attachment holder and one adhesive pad that attaches to the rifle stock

Here’s how this thing works, according to Versacarry CEO Justin Sitz, “The cartridge holder has Velcro sewn to the back, and can be attached or unattached to the rifle Velcro pad quickly and effortlessly. Don’t let the ease of use fool you, the hold is amazing. The cool part about this is that in the past cartridge holders have been set in one location; traditional leather designs didn’t allow for quick removal in the field. Nor has there been a great option for moving ammo from the users belt to the weapon. Now there is.”

Designed to hold five cartridges, the Ammo Caddy is hand-stitched and made entirely in the United States, with materials from right here at home. These rigs look tough enough to last through all kinds of outdoor adventures in all sorts of conditions. Versacarry is headquartered down in Bryan, Texas.

The Ammo Caddy just became available in late May, and my guess is they’ll start showing up in camps this fall as hunting seasons roll around. It has an MSRP of $39.99.

Versacarry also makes a complete line of holsters for assorted handguns. There are models for both inside the waistband and outside, on the belt. And this company makes belts, too, along with magazine pouches. Many of the holsters feature handsome artwork, so they are stylish as well as functional. 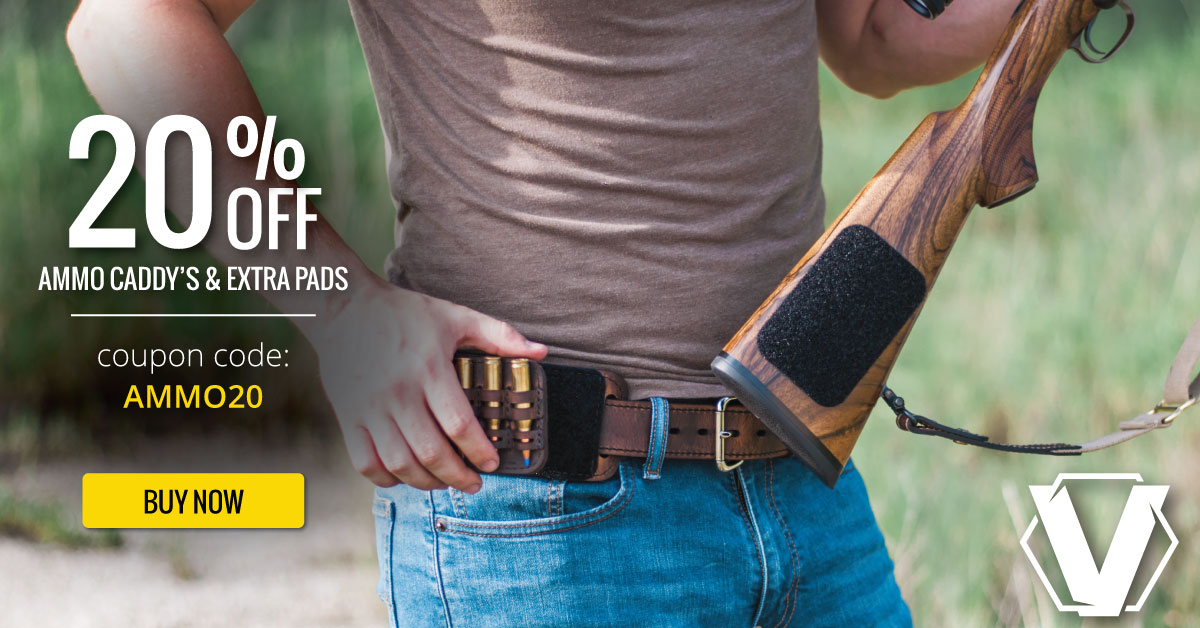