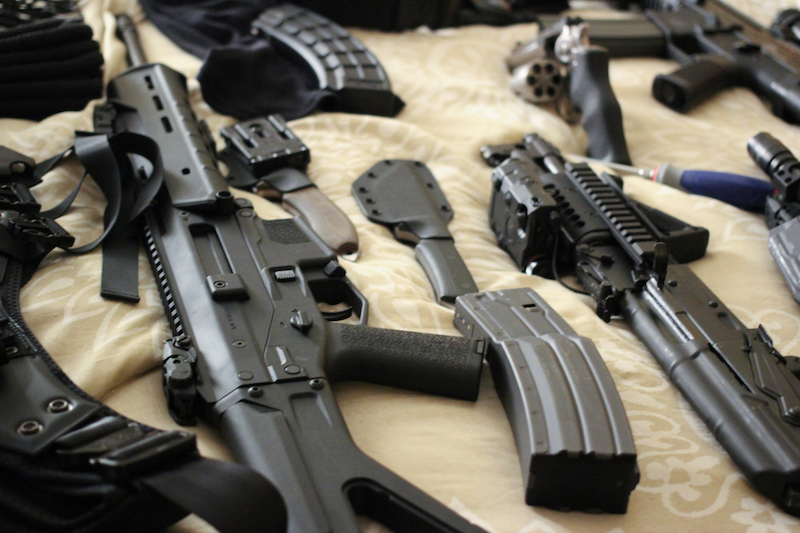 Democrats in Congress on Thursday announced a rebooted and reinforced federal "assault weapon" ban which they hope to rush through to become the law of the land.

The 125-page bill, backed in the Senate by Sen. Dianne Feinstein of California and in the House by Rep. David Cicilline of Rhode Island, is even tougher than the country's divisive 1994 ban, which squeaked through a Democrat-controlled Congress only to sunset in 2004. Feinstein, the author of the original Clinton-era prohibition, is eager to give it another try.

"It’s been 17 years since the original Assault Weapons Ban expired, and the plague of gun violence continues to grow in this country,” said Feinstein. “We’re now seeing a rise in domestic terrorism, and military-style assault weapons are increasingly becoming the guns of choice for these dangerous groups. I’m hopeful that with the new administration and Democratic control of the Senate, we can finally pass commonsense gun reforms to remove these deadly weapons from our communities."

The new proposal would ban 205 gun models by name – including such seemingly innocent models as the Hi-Point Carbine and Beretta CX4 – as well as any semi-automatic with a detachable magazine that also has a "military feature" such as a pistol grip or forward grip, a barrel shroud, a threaded barrel, or a folding or telescoping stock. In short, just about any autoloader with a modern accessory rail handguard that has anything on it.

To further illustrate what would be allowed to circulate on the consumer market – as police and military sales would not be affected – the shortlist of specifically excluded centerfire semi-auto rifles is small, and confusingly includes shotguns and rimfires, giving the distinct impression the author of the legislation wasn't familiar with what they are seeking to regulate.

Similarly, all AK and AR-type pistols would be banned from sale as would Thompson and Calico types, lumped in with oldies recycled from the 1994 list to include the TEC-9, MAC-10, and UZI. Pistol braces are given special attention in the bill's language, being a determining feature for deciding if a handgun makes the ban list.

All semi-auto shotguns that have a detachable magazine, a fixed tube capable of holding more than 5 shells, or a revolving cylinder, and at least one "military feature" would be controlled by the legislation.

Detachable magazines capable of holding 10 or more cartridges would be banned.

Belt-fed semi-autos, a type that is rarely if ever used in a crime, would be outlawed.

Workarounds used by gun manufacturers to comply with the 1994 ban, specifically thumbhole or Thordsen style stocks, and bullet buttons, would be targeted under the new and improved ban.

Guns and mags that fall under the ban would be eligible for a series of "buy back" programs paid for through federal Byrne grants should their owners not elect to keep them.

The ban, in its current proposed form, halts the production for commercial sale of virtually all new semi-autos. The estimated 35 million guns already in circulation to be reclassified as "assault weapons" under the act, could remain with their current owners with some caveats. Specifically, grandfathered firearms must be stored in a locked safe or cabinet or with a safety device like a trigger lock installed. Any future transfer of the controlled firearm, even as a gift within a family, would have to first pass a federal background check.

No "high capacity" magazines could be transferred, leading to the fact that they would either be extinct or illegal within a generation.

Guns retained would have to pick up DOJ-approved production dates "legibly and conspicuously engraved or cast on the weapon" as would magazines which would also have to be serial numbered.

In the Senate, the Feinstein measure has at least 34 co-sponsors although it has not yet been filed. The Senator's office provided a list of over 50 large and small anti-gun organizations running the gamut from the Brady Campaign and Everytown to Gunsense Vermont.

While the Dems may have enough votes to muscle the latest ban through to Joe Biden's desk, it remains to be seen if the public at large has an appetite for such measures. Last year, an estimated 8.4 million new first-time gun owners made their inaugural firearms purchase – many for models that would come under the control of the Feinstein-Cicilline proposal. Further, pollsters have found that those in favor of more gun laws are at a multi-year low.