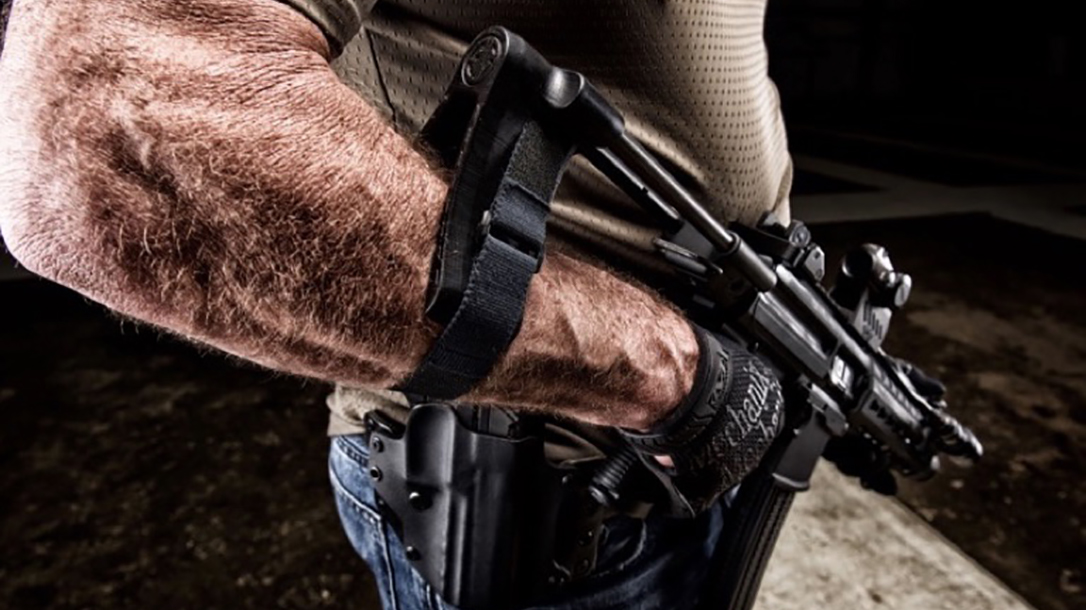 The public comment period on a plan by the White House and federal gun regulators to crack down on the legal use of stabilizing pistol braces is closing in the coming days.

The proposed rulemaking by the Bureau of Alcohol, Tobacco, Firearms and Explosives largely bans the use of popular stabilizing braces on pistols by proffering a complicated multi-part test to determine if large-format handguns equipped with such braces could stray into being illegal short-barreled rifles.

The comment period is open until Sept. 8 and, as of Thursday morning, only had 149,960 comments listed. By comparison, almost twice as many comments were logged on the ATF's proposed rule change on firearm frames and receivers, which ended last month.

Estimates by the ATF are that a minimum of 1 million Americans would be impacted by the proposed rule. Meanwhile, the Congressional Research Service thinks the true numbers could trend as high as 40 million.

As there is no grandfathering allowed under the rule – even for guns lawfully purchased with braces pre-installed by the manufacturer – owners of such newly-defined SBRs would have to either turn the braced pistol over to Uncle Sam, permanently remove or alter the brace so that it cannot be reattached, remove the short barrel from the firearm and install one at least 16-inches in length, destroy the firearm, or submit a Form 1 and $200 to convert it to a legal, registered SBR.

"ATF’s proposed changes will impose National Firearms Act application, fingerprinting, photographing, chief law enforcement certification, registration, taxes, and transfer restrictions on firearms owned by millions of citizens,” Alan Gottlieb, chair of the Citizens Committee for the Right to Keep and Bear Arms, told Guns.com. "The NFA registration requirement involves wait times of several months to half a year or more. The agency’s Preliminary Regulatory Analysis acknowledges the proposed policy change will put multiple manufacturers out of business and impose significant financial burdens on the firearms industry generally. These burdens will unlawfully infringe on the Second Amendment rights of millions of citizens to keep and bear arms in common use, while no substantial public safety concern will be served by these burdens."

Gottlieb's group has submitted a five-page public comment against the rulemaking. Meanwhile, the Firearms Policy Coalition and National Rifle Association are mobilizing members to make comments opposing the rule.

Meanwhile, on the other side of the political spectrum on the national conversation on guns, groups like Everytown, and Giffords are urging the public to help close what they characterize as the "Arm Brace Loophole." They claimed to have pushed more than 100,000 comments to the ATF's recent "frame or receiver" rule through the same mechanism.

AT LEAST 189 LAWMAKERS AGAINST

It is hard to overstate how unpopular the move against braces is among Republican lawmakers on Capitol Hill, likely because of feedback from angry constituents. At least 48 GOP Senators, as well as 141 Republicans in the House of Representatives have called on the ATF to withdraw the proposed rule.

"The way the proposed rule is written makes clear that ATF intends to bring the most common uses of the most widely possessed stabilizing braces within the purview of the NFA," wrote the senators to the gun regulatory agency in June. "Doing so would turn millions of law-abiding Americans into criminals overnight, and would constitute the largest executive branch-imposed gun registration and confiscation scheme in American history."