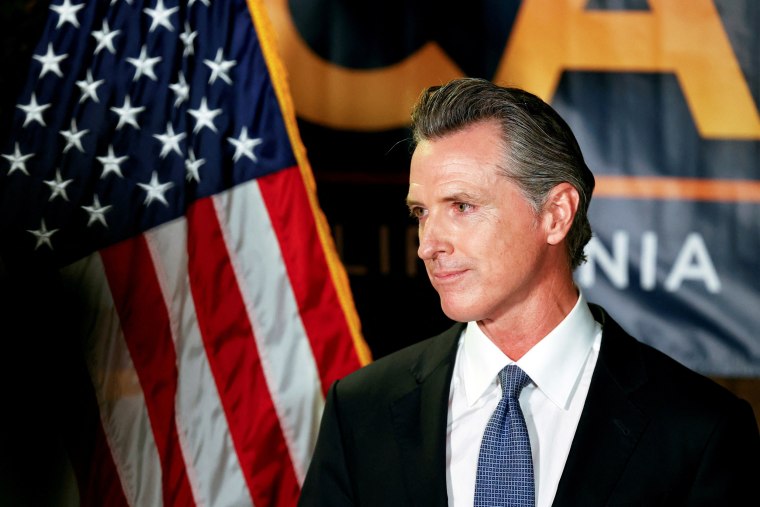 California Gov. Gavin Newsom last week moved to allow activists to sue anyone tied to a self-made gun or "assault weapon," with the state's blessing.


Newsom's announcement came Friday in response to the U.S. Supreme Court's 8-1 ruling in Jackson v. Whole Woman's Health to allow Texas SB 8 – the Texas Heartbeat Act – to remain in place while legal challenges play out. The Lone Star State's law, signed by Texas Gov. Greg Abbott in May after the state’s legislators approved it, allows members of the public to sue those who perform or facilitate an illegal abortion for a minimum of $10,000 in damages.

After Democrats in Sacramento said California would be a “sanctuary state” for abortion should the Supreme Court allow states to otherwise restrict the procedure, Newsom doubled down on the rhetoric and called for state lawmakers to reboot the Texas law with a bent to gun control, seeking a proposal to allow individuals to sue manufacturers, distributors, and sellers in the state of certain popular semi-auto firearms deemed "assault weapons" as well as self-manufactured guns labeled as "ghost guns."

"I am outraged by yesterday’s U.S. Supreme Court decision allowing Texas’s ban on most abortion services to remain in place, and largely endorsing Texas’s scheme to insulate its law from the fundamental protections of Roe v. Wade," said Newsom, a Democrat who backed controversial "bullet control" measures while Lt. Governor and has signed numerous anti-gun bills into law. "But if states can now shield their laws from review by the federal courts that compare assault weapons to Swiss Army knives, then California will use that authority to protect people’s lives, where Texas used it to put women in harm’s way."

Like the Texas law, Newsom said his anti-gun version would authorize minimum damages of at least $10,000 per violation plus costs and attorney’s fees.

In response, pro-gun advocates, who in last October argued against the Texas law due to exactly the sort of logic that Newsom backed last week, promised to meet California in court should the state go through with its threat.

"Our brief in Jackson v. Whole Woman's Health predicted that tyrants like Gavin Newsom would use the Texas model against fundamental human rights including the freedom of speech and the right to keep and bear arms," said the Firearms Policy Coalition in a statement emailed to Guns.com on Sunday." Just as FPC secured a trial judgment against the State of California's unconstitutional ban on so-called 'assault weapons' in our Miller v. Bonta case before Judge Roger T. Benitez, we are prepared to litigate these important issues in state courts and then up to the U.S. Supreme Court."

The group concluded by saying, "If Gavin Newsom wants to play a game of constitutional chicken, we will prevail."