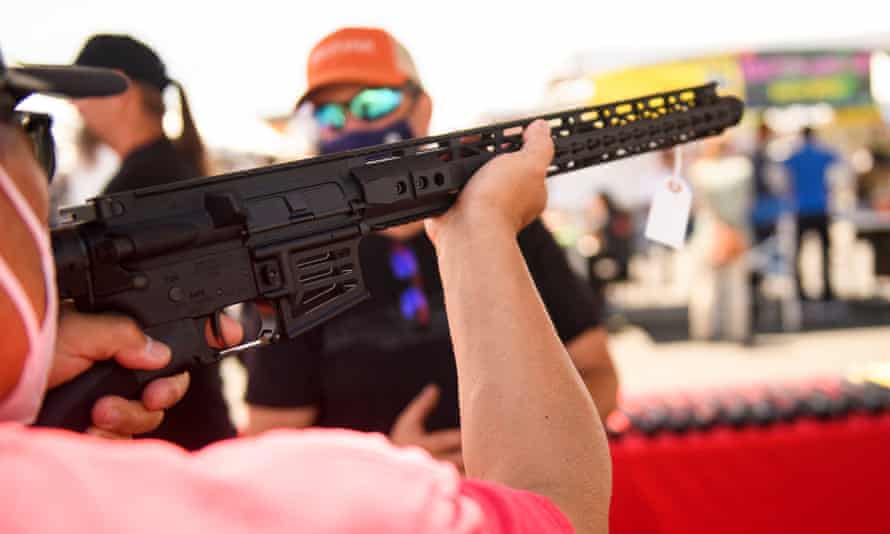 In a 94-page ruling from his San Diego courtroom, Federal district Judge Roger T. Benitez last Friday found in favor of James Miller, who was a plaintiff in a case against California Attorney General Rob Bonta. Miller, joined by other would-be gun owners against the ban and backed by pro-gun groups since 2019 such as the Firearms Policy Coalition, California Gun Rights Foundation, and San Diego County Gun Owners PAC, argued their constitutional right to keep and bear arms was being trampled by the state.

“Like the Swiss Army Knife, the popular AR-15 rifle is a perfect combination of home defense weapon and homeland defense equipment," said the judge, a 2004 appointment by President George W. Bush. "Good for both home and battle, the AR-15 is the kind of versatile gun that lies at the intersection of the kinds of firearms protected under District of Columbia v. Heller, 554 U.S. 570 (2008) and United States v Miller, 307 U.S. 174 (1939). Yet, the State of California makes it a crime to have an AR- 15 type rifle. Therefore, this Court declares the California statutes to be unconstitutional.”

In his multifaceted opinion, Benitez held the guns regulated by California lawmakers and Bonta's office are not "extraordinary weapons" that are on the "outer limits of Second Amendment protection," and that, for example, deaths attributable to knives are many times higher and more frequent in the state than by rifles of all types-- a trend repeated nationwide. He pointed out that they are extremely popular, with tens of millions in circulation nationwide and unregulated in at least 45 states.

Further, Benitez even ridiculed the name used to regulate them under saying the "'assault weapon' epithet is a bit of a misnomer. These guns, like all guns, are dangerous weapons. However, these prohibited guns, like all guns, can be used for ill or for good. They could just as well be called 'home defense rifles' or 'anti-crime guns.'"

There are 185,569 “assault weapons” currently registered with the California Department of Justice with another 52,000 pending registrations backlogged, show the court documents. Added to this are unknown hundreds of thousands of guns that are either not in compliance with the DOJ regs or have been stripped down to be "featureless" California-legal models.

"The Second Amendment is about America’s freedom: the freedom to protect oneself, family, home, and homeland. California’s assault weapon ban disrespects that freedom," he noted.

Paused by a 30-day stay, during which the California laws that are the subject of the ruling remain in full force and effect, Benitez has ordered California Attorney General Rob Bonta to halt the enforcement of the state's laws and regulations concerning "assault weapons."

Bonta, as well as California Gov. Gavin Newsom, have vowed to appeal the ruling and fight the decision, with the AG referring to it as "fundamentally flawed."

Meanwhile, the groups who won this huge legal victory-- although one bound for much future legal debate-- contend Benitez hit the nail on the head.

“In his 94-page ruling, Judge Benitez has shredded California gun control laws regarding modern semi-automatic rifles,” said SAF founder and Executive Vice President Alan Gottlieb. “It is clear the judge did his homework on this ruling, and we are delighted with the outcome.”