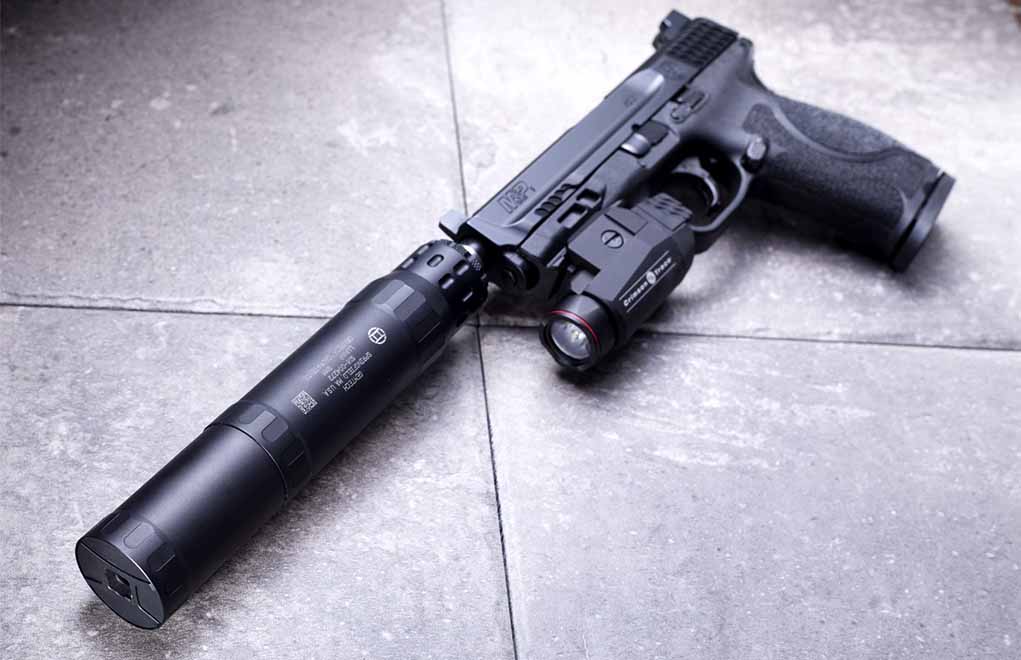 A group of Democrats in Congress this week announced a measure that would end lawful consumer ownership of firearm suppressors.

The measure, dubbed the Help Empower Americans to Respond (HEAR) Act, would criminalize the importation, sale, manufacturing, transfer, and possession of suppressors with exceptions for military and police use. The move is bicameral, with U.S. Sen. Bob Menendez, D-N.J., backing a Senate proposal and U.S. Rep. Watson Coleman, D-N.J., running the House bill. Sponsors argue suppressors should be banned because, well, they seem scary and, according to Hollywood films, are just good for murder.

"Gun silencers are dangerous devices with one purpose and one purpose only – to muffle the sound of gunfire from unsuspecting victims,” said Menendez. “The sound of gunshots is what signals you to run, hide, take cover, call the police and help others save themselves; however, this is nearly impossible when a gun silencer is used. That is why we must pass the HEAR Act, commonsense legislation that will prevent armed assailants from using these deadly devices to make it easier to shoot and kill another person."

The HEAR Act would install a prohibition on lawful suppressors without the provision to grandfather those already in circulation with consumers. Using federal grant funds, it would pay for a reimbursement program for suppressor owners who were deprived of their property due to the measure and allow a 90-day grace period to dispose of the registered devices. Violators would be subject to as much as 10 years in prison for NFA violations.

National anti-gun groups came out swinging in support of the ban.

“Silencers are first and foremost a tool for criminals who want to shoot in secrecy and catch their victims unaware," said John Feinblatt, president of Everytown, in a release from Menendez's office. "These deadly accessories have no place in American society, and I’m grateful to Senator Menendez for introducing this legislation to prohibit them for good.”

Contrary to Feinblatt and Menendez's somewhat sophistical statements, suppressor industry groups are quick to point out that even very good rimfire sound modulators only muffle the report to about 115 decibels, which falls between a jackhammer and an ambulance siren by comparison. Further, in 2017, the second-highest-ranking official at the Bureau of Alcohol, Tobacco, Firearms and Explosives said that "silencers are very rarely used in criminal shootings," and recommended they be removed from NFA regulation.

As of April 2020, the most recent figures available, 2,042,719 suppressors were on file with federal regulators. They are on file due to registration requirements on the devices put in place for arbitrary reasons in 1934 under the National Firearms Act. The first firearm "Silencer" marketed in the U.S., developed by Hiram Percy Maxim was patented in 1909 to curb noise pollution and sold via mail-order for more than two decades. Similarly, Maxim also patented mufflers for automobiles, air hoists, and riveters for much the same reason.

In recent years, advocates for the increasingly popular devices – only 250,000 suppressors were in circulation a decade ago – have argued they are true safety devices that can help curb permanent hearing loss and tinnitus in users. In 2017, a bill to deregulate suppressors from NFA restrictions, the Hearing Protection Act, was regularly on Congress.gov's top ten most-viewed bills list and came very near to passing a then-Republican-controlled House with 166 co-sponsors.

“When it advances their agenda, Sen. Menendez and Rep. Watson Coleman are eager to tell us that we need to listen to scientists and experts at the CDC, but when it comes to suppressors their respect for science apparently goes out the window,” Knox Williams, president and executive director of the American Suppressor Association told Guns.com Thursday. “While they are entitled to their own opinions, they are not entitled to their own facts. "

Williams encouraged the lawmakers to get educated on the devices rather than rely on the myths and tropes associated with them.

"Rather than hide behind their hypocritical falsehoods, they should join us at the range so they can see and hear firsthand how wrong they are about suppressors. We would be happy to host an educational demonstration for them any time, any place," he said.