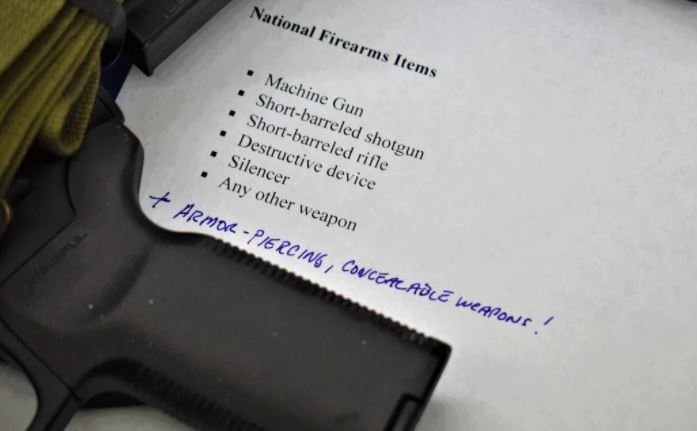 In the biggest change to the National Firearms Act in over 50 years, Democrats are seeking to put large handguns into a brand-new category of weapons, adding all the red tape and registration that comes with it.

Announced Wednesday, "The Law Enforcement Protection Act" would create the new classification of "Armor-Piercing, Concealable Weapons" to the NFA. While the measure's text wasn't made available, its sponsors said it is designed to place registration and regulatory burdens on guns such as .223 caliber AR-15 style pistols.

"Gun manufacturers have used technical loopholes to design unregulated concealable assault weapons that can penetrate body armor worn by police officers and kill dozens of people in minutes," said U.S. Rep Val Demings, D-Fla., a co-sponsor of the bill. "This legislation will regulate these weapons as we already do other similar firearms."

A former Orlando police chief, Demings ran for office in 2016 on strong endorsements and funding from key figures in gun politics, notably former New York Mayor Michael Bloomberg and the Giffords group. Since in office, she has been critical of any rumor of federal firearm deregulation.

Her measure would be the biggest change to the NFA since the Gun Control Act of 1968 placed "destructive devices" under the purview of Title II firearms. Subsequent changes in 1986, 1994, and 2018, during which items were reclassified to fall under existing categories, were less sweeping.

AR-15 style pistols have been available on the U.S. consumer market for over 40 years, in compliance with established federal law and definitions on handguns and how they differentiate from NFA-regulated short-barreled rifles. They were even marketed during the Federal Assault Weapon Ban that ran from 1994 to 2004. In the past decade, most large firearm makers to include Ruger, Savage, Sig Sauer, Springfield Armory, and Smith & Wesson, have marketed such pistols.

Demings's bill was filed this week as H.R.2466. Double referred to the House Ways and Means and Judiciary committees, it already has 35 co-sponsors, all Democrat.