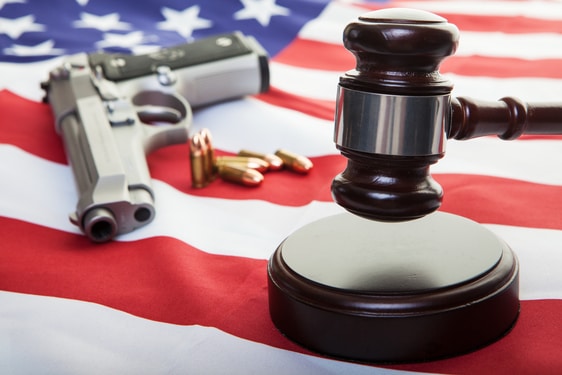 The federal definitions for “firearm frame or receiver,” “firearm,” “gunsmith,” “complete weapon,” “complete muffler or silencer device,” “privately made firearm,” and “readily” are set to change under a proposed new rule.

The biggest change to fundamental American gun laws since 1968 isn't coming from Congress, but from President Biden's Department of Justice, which issued the 115-page proposal late last Friday afternoon, just as official Washington was closing up shop for the weekend.

“We are committed to taking commonsense steps to address the epidemic of gun violence that takes the lives of too many people in our communities,” said Attorney General Merrick Garland in a prepared statement. “Criminals and others barred from owning a gun should not be able to exploit a loophole to evade background checks and to escape detection by law enforcement. This proposed rule would help keep guns out of the wrong hands and make it easier for law enforcement to trace guns used to commit violent crimes, while protecting the rights of law-abiding Americans.”

The rule is complex and filled with minute tweaks, with the ATF's somewhat ambiguous summary running to 1,600 words and its analysis clocking in at a simple 67 pages. Besides establishing a de facto ban on so-called 80 percent frames and receivers in the way they are in circulation today, it could also stand to regulate “split/multi-receiver" and "modular firearms" such as the AR-15 and P320 in ways that could require AR uppers and pistol slide assemblies to be a serialized firearm.

This would effectively end the days of uppers or unfinished frames/receivers shipped directly to the door of otherwise law-abiding Americans, treating them instead as Title I firearms that would have to transfer through a licensed dealer with a Form 4473 with a NICS (and/or state) background check.

The main and recurring theme of the proposal is firearms tracing, with the word "trace" woven into the 115-page primary document over 80 times. Speaking to that, the rule would also scrap the current 20-year storage mandate of firearm records by FFLs, requiring storage indefinitely.

Another key initial takeaway from the proposed rule is that the shifting definitions for things such as a “frame or receiver" will be in line with the director of the ATF's opinion. The current nominee as advanced by Biden to head the agency is David Chipman, a retired Waco-era ATF supervisor turned long-time employee and controversial policy advisor for the anti-gun organs Mayors Against Illegal Guns and Giffords. The rulemaking also considers suggested regulations from Bloomberg's Everytown group, which Mayors Against Illegal Guns recast itself as in 2013.

"We are fully aware of the impact that this proposed rule could have on the firearm industry and gun owners in general," said Keane. "NSSF will closely examine the proposed rule and seek input from our members on how this proposed rule adversely impacts their businesses, and whether the rule exceeds ATF’s legal authority under the Gun Control Act. NSSF fully expects to file robust public comments with ATF during the 90-day comment period.”

"THESE NEW DEFINITIONS WOULD GIVE ATF ARBITRARY AUTHORITY TO CLASSIFY FIREARMS IN A WAY THAT COULD MAKE IT DIFFICULT OR IMPOSSIBLE FOR THE FIREARM INDUSTRY TO OPERATE." - NRA-ILA

Describing the ATF proposed rule as a "blatant attack on American gun industry," the NRA-ILA warned the changes would give the ATF "an incredible amount of power over the firearm industry" while creating "arbitrary and unlawful new standards."

Once the proposed rule is published in the Federal Register, the public will have 90 days to submit comments. Any person who desires an opportunity to comment orally at a public hearing should submit their request, in writing, to the director of ATF within the comment period. The proposal outlines that "The Director, however, reserves the right to determine, in light of all circumstances, whether a public hearing is necessary."