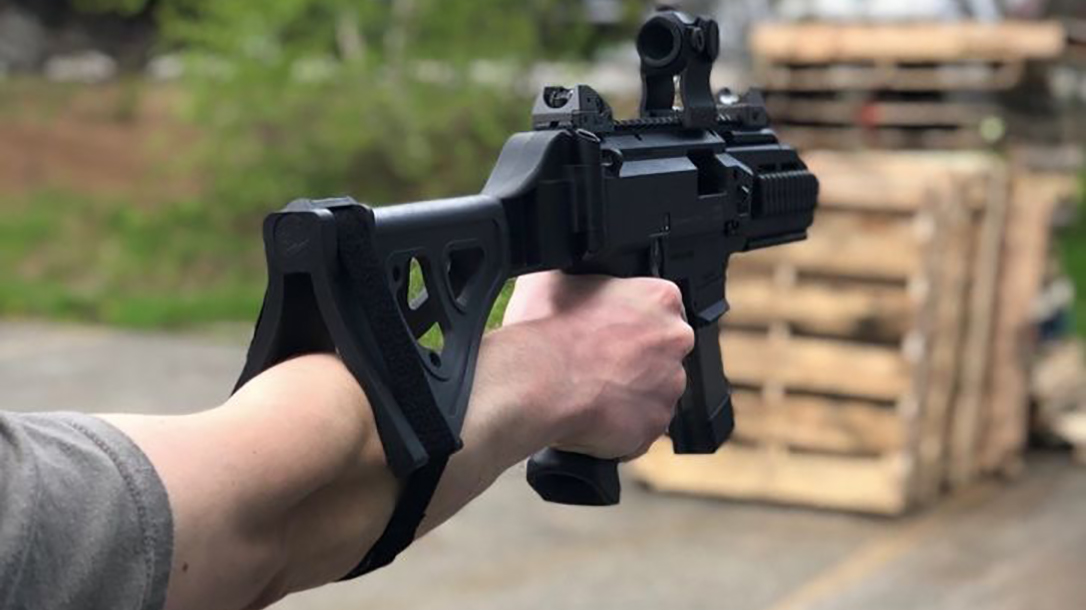 Keeping up with promises made to a crowd of anti-gun advocates at the White House earlier this year, the Biden-Harris Administration has unveiled a complicated new rule on the legality of stabilizing pistol braces.

The proposed rule, spanning some 71 pages, was announced by Biden-appointed U.S. Attorney General Merrick B. Garland on Monday. The rulemaking aims to clarify when attached stabilizing brace accessories convert pistols into illegal short-barreled rifles, which, if not registered in compliance with the National Firearms Act and taxed at a rate of $200 per firearm, could earn those possessing such guns a $250,000 fine and as much as 10 years in federal prison.

To determine if a pistol with a brace installed is legal under the proposed rule, or is in fact an SBR, the Justice Department has developed a worksheet, ATF 4999, to wade through the minefield of potential disqualifiers. It has three sections

Score four or more points on either of its latter sections and the gun is an SBR.

Right off the bat, Section I covers weight and length. If a pistol with the brace attached weighs less than 64 ounces and or is shorter than 12 inches, owners are out of the woods. However, that same bar, just four pounds, is a tough one to clear for most AR or AK style pistols with anything but the shortest barrels.

Section II, centered on the brace itself, questions the adjustability, support, design, and rear surface area of the device. Score four or more points, and you may have a stock rather than a brace.

If the brace in question is still a brace after passing Section I and II, Section III covers the configuration of the firearm including length of pull, how the brace is attached, what kind it is, and "peripheral accessories." A hand stop or bipod will ding the user 2 points each while a heavy gun (over 120 ounces when fully equipped) or presence of an optic without extended eye relief is a full four-point fail.

The proposed rule includes these three examples of the grading process.

As there is no grandfathering allowed under the rule-- even for guns lawfully purchased with braces pre-installed by the manufacturer-- owners of such firearms would have to either turn the braced pistol over to Uncle Sam, permanently remove or alter the brace so that it cannot be reattached, remove the short barrel from the firearm and install one at least 16-inches in length, destroy the firearm, or submit a Form 1 and $200 to convert it to an SBR.

Estimates are as high that manufacturers have sold between 3 million and 7 million “stabilizing braces” between the years 2013 to 2020 and the ATF feels the proposed rule may "affect upwards of 1.4 million individuals, 13,210 Type 1 Federal Firearms Licensees (FFLs), and 3,881 Type 7 FFLs."

Once published to the Federal Register, those interested will have 90 days to make a public comment on the proposed new rule. Comments made during last year's pistol brace rulemaking proposal do not carry over to this one.