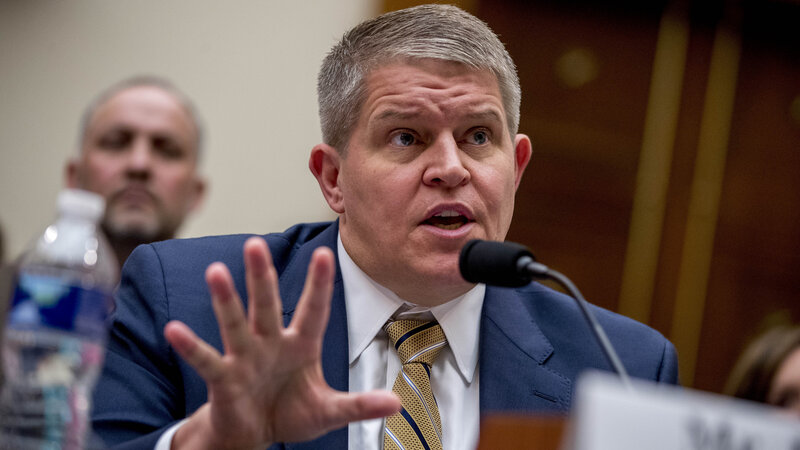 David Chipman, President Biden’s nominee to become the next director of the ATF and a longtime gun control advocate with enthusiastic support from anti-gun groups, sat before the Senate on Wednesday and openly endorsed bans on modern sporting rifles such as the AR-15.

Aside from his career as a former ATF agent, Chipman’s credentials include previous work for gun control organizations and a position as the senior policy advisor for the gun control advocacy group Giffords. With an evenly split Senate, his welcome during the nomination hearings was bound to be the definition of “icy-hot.”

When grilled by Sen. Ted Cruz, R-Texas, and asked point-blank if his views were “out of step with any of the American people,” and noting that the AR-15 is one of – if not the most – common rifles in America, Chipman comically attempted to pivot into his question by thanking the senator for the “Dr. Pepper” he offered during a previous meeting. He followed this by stating emphatically that he did support a ban on the AR-15.

Cruz then inquired whether Chipman was aware of any data that showed such a ban would be effective, noting that previously proposed ban legislation was voted down by a supermajority even in a Democrat-controlled Senate. Showing no concern for the impacts on the rights of millions of law-abiding gun owners, even Chipman confessed he had no hard evidence a ban would have the desired effect and previous studies were “mixed.”

Chipman went on further to suggest that the previous failed attempt, a proposed bill forwarded by longtime anti-gun advocate Sen. Dianne Feinstein, didn’t go far enough despite failing by a vote of 60 to 40.

When asked by Sen. Tom Cotton, R-Ark., to define the “assault weapon” he sought to ban from American households across the country, Chipman demurred and simply stated it would be whatever “Congress defines it as.” This, despite having previous called for an “assault weapons” ban that can only have been a blank check for gun control advocates to define at a later date.

When pressed further, he stumbled through a sweeping and highly draconian definition based on obscure ATF “sales reports on the southwestern border” – not policy – stating an assault rifle by that definition would be “any semi-automatic rifle capable of accepting a detachable magazine above the caliber of .22, which would include a . 223, which is, you know, largely the AR-15 round.”

Such a definition would, of course, effectively eliminate every modern sporting rifle, regardless of caliber, and a host of longstanding hunting rifles that even predate the AR-15. Chipman’s seemingly endless flexibility on firearm definitions makes it impossible to know exactly where an ATF under his direction would head. But it seems clear the sails of the ATF would be open to any winds from gun control groups that could get the backing of the Democrat Congress or Whitehouse.