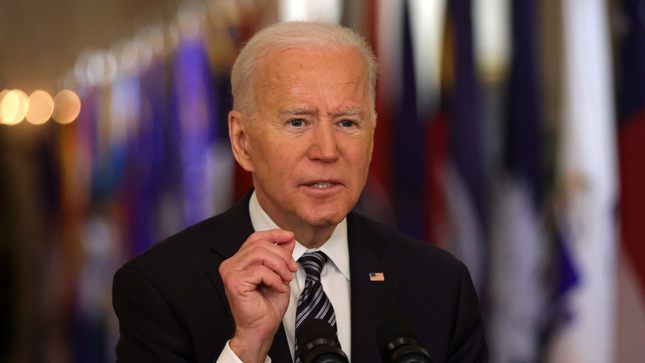 Last week President Joe Biden dropped several divisive one-liners during a speech on gun control measures backed by the White House. Some of them are now described as "whoppers."

The June 23 speech during which Biden tried to field a legion of strawman arguments against the right to keep and bear arms as safeguarded by the Second Amendment included that the right was only meant to protect hunting, didn't extend to everyone, and placed restrictions on what could be possessed.

"The Second Amendment, from the day it was passed, limited the type of people who could own a gun and what type of weapon you could own. You couldn’t buy a cannon," Biden said.

That remark had been debunked here at Guns.com in the past – Biden said almost exactly the same line last June as well – others outside of the world of firearms news are also calling foul.

Even fact-checkers at the left-leaning Washington Post gave Biden's cannon remarks Four Pinocchios, a rating set aside for "whoppers" when it comes to factual error and/or obvious contradictions.

Logan Metesh, a historian with a focus on firearms history and development who has worked for the Smithsonian Institution and the National Park Service, weighs in on the cannon kerfuffle below.

"The only part of what the president claimed that came close to the truth was restrictions on who could possess a firearm," said Larry Keane, senior vice president of Government & Public Affairs, assistant secretary and general counsel to the National Shooting Sports Foundation. "The federal government placed no restrictions, but states did. They banned black slaves and indigenous Americans from the right to keep and bear arms. That’s hardly a historical point to make a case for disarming Americans today. As we have noted before, the origins of gun control are rooted in racism."