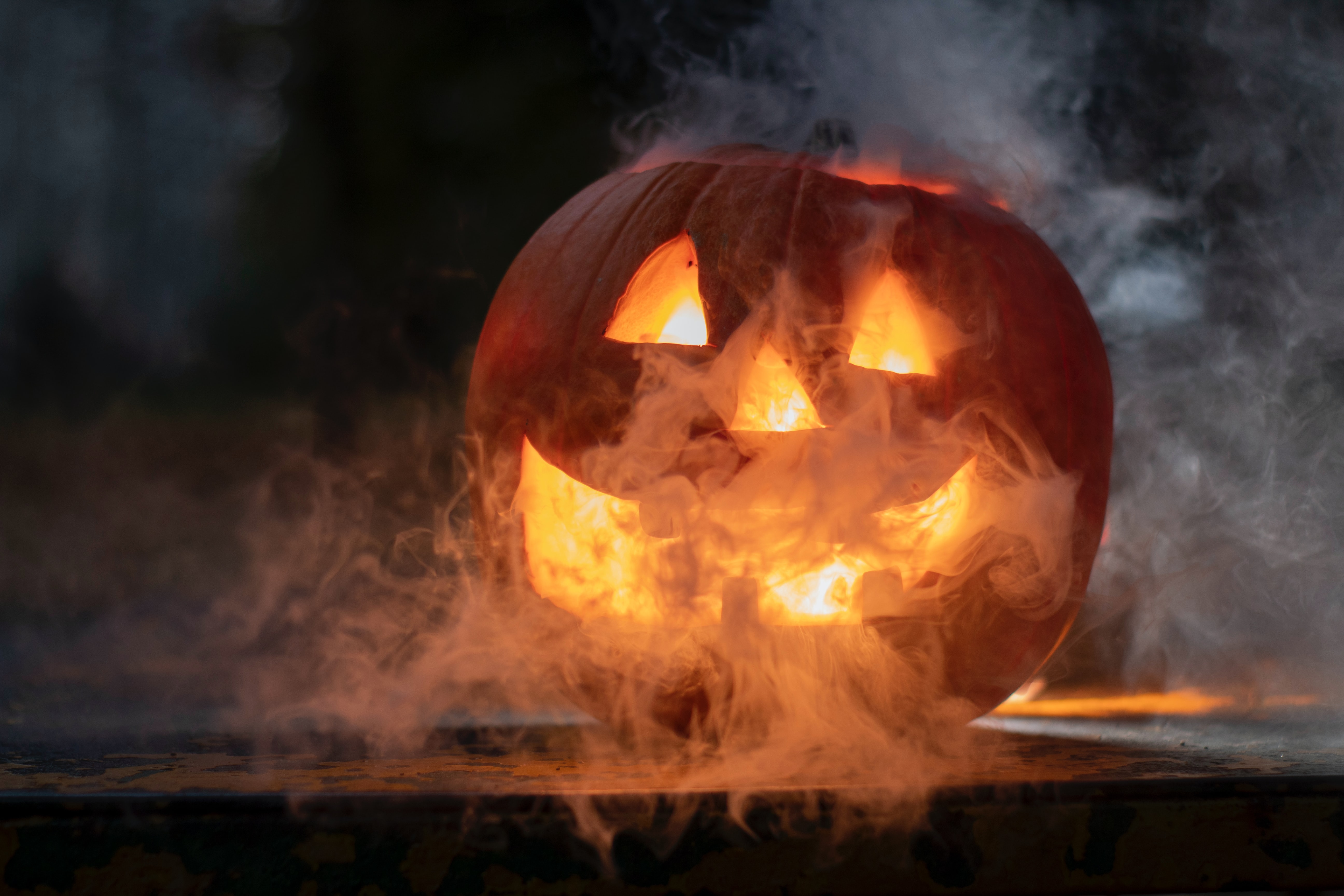 Sometimes a good scare goes a long way. Now, we wish we could say good scary movies and good guns go hand in hand, but Hollywood actually has a pretty dubious relationship with firearms in horror. There are exceptions – “Dawn of the Dead” – but horror movie writers also tend to leave their characters unarmed in predictably dangerous scenarios.

When a gun does hit the screen, characters are often more shocked to learn that a fellow character has a firearm than they seem worried about the crazed maniac chasing them. However, things can get pretty interesting when the characters – or more accurately the writers – are clever enough to add some firepower into the mix.

As usual, to determine some of the top pics for any movie gun list, we turn to IMFDB.org. A huge thanks to them. There are a lot of great choices out there, but we can’t be here all day. So, from monster stoppers to slasher slayers, here are six of our favorite scary movie guns that flipped the script in no particular order. Plus, we added one of our personal favorite shoutouts at the end.

Note: There are spoilers, adult language, and NSFW scenes ahead, so be prepared if you haven’t seen the movie yet.

Virus outbreaks and zombie apocalypses are popular themes in horror movies. But this action-horror mutated it to a new level for the modern age of artificial intelligence, tech, and dark secret experiments. When an elite rescue team enters a secret research facility, it’s the M1911A1 from Springfield Armory they turn to when the situation gets really bad.

Infected zombies are one thing, but weaponized mutants offer a new level of freak factor. This movie franchise inspired by a video game boasts tons of guns and monsters in every flick. We could do an entire list or two just on the guns that blast zombies and worse throughout the seven-film series.

In a movie that features more sword-wielding skeletons than guns, the winner here has to go to Ash’s double-barrel “Boomstick,” which more than steals the scene when Ash faces off with a sword-wielding knight. Originally a 12-gauge Stoeger coach gun, mislabeled as a Remington in the film, Ash actually wields various shotguns throughout the “Evil Dead” franchise. But it’s the double-barrel “Boomstick” that most viewers will probably best remember.

And, yes, we know. “Army of Darkness” isn’t exactly the scariest movie. But it has its moments of horror and horrifyingly bad jokes. We still love it.

In an earlier appearance of the undead, “Night of the Living Dead” takes us away from the world of high-tech corporate labs to a simpler time. As a classic horror flick, it deserved a classic firearm – the Winchester Model 1894. Trapped with other survivors in a farmhouse, Ben helps secure the house and discovers the gun in a closet.

The trapped cast turns to the 1894, judicious use of fire, and some hastily boarded up windows and doors as their only security. Ben uses the rifle to fend off the living dead – and a living idiot – to make it almost to the very end. The lever-action rifle got him past the flesh-eating hordes, but it couldn’t get him past the credits when the rescuers finally arrived and mistook him for one of the undead. The 1894 even makes a brief return in a scene of the 1990 remake.

Not all scary movies are about slashers, zombies, and paranormal activity. Sometimes the horror is right below the water. With the unstable shark hunter Quint already snaked on by Jaws, Brody finds himself trapped aboard the now sinking boat Orca with Quint’s M1 Garand.

He has to make every shot count with the massive man-eater swimming in for the final kill. Brody manages to hit a very tough mark with his final round, and the whole movie ends in a classic Hollywood explosion that is just a bit “fishy” from a physics perspective.

One gun completely dominates this iconic 1996 slasher that helped redefine the genre and kicked off three – soon to be four – sequels. The Beretta 92FS actually starts in the hands of the inept Deputy Dewey, but it swaps hands between cops, killers, and the movie's two heroines throughout the film.

The next installment of “Scream” is set to come back in January 2022. In the trailer, when the star of the past films – Sidney Prescott – is asked if she has a firearm, her reply is almost refreshing: “I’m Sidney Prescott, of course I have a gun.” After forcing her to largely face knife-wielding lunatics across the past four “Scream” films unarmed, Hollywood has finely taken a hint. More than Beretta’s should be instore for fans next year.

Fire proves to be the most effective weapon when a group of American researchers encounter a parasitic extraterrestrial monster in Antarctica. While we’d love to toss in the M2A1-7 flamethrower for this one, we finally settled on the character Garry’s .357 Magnum Colt Trooper Mk III.

This powerful revolver plays a key role in several scenes and is responsible for probably the best shot in the entire horror classic. With a single bullet, the Colt Trooper manages to eliminate an apparent attacker at the beginning of the film. But it also kills the only person who can warn the researchers about the monster hiding among them.

That list would include the Remington 870, Winchester 1200, HK91, Colt AR-15, Winchester Model 70, Styer-Mannlicher SSG-PII, a dual-wielded Sig Sauer P226 and Ruger Redhawk, and even a flare pistol, not to mention the giant 8-gauge “Elephant Gun” that finishes the job. That’s not even counting guns like the Desert Eagle and a host of other firearms left still hanging on the wall.

It might be a bit of a cheat on our part, but you have to admire a character who tries to prepare for every threat by collecting darn near every type of gun civilians can buy…and some others as well. Burt Gummer’s character carried the “Tremors” series forward well after the other characters left the scene. Along the way, his never-ending collection of firearms was always one of our favorite parts of the franchise.