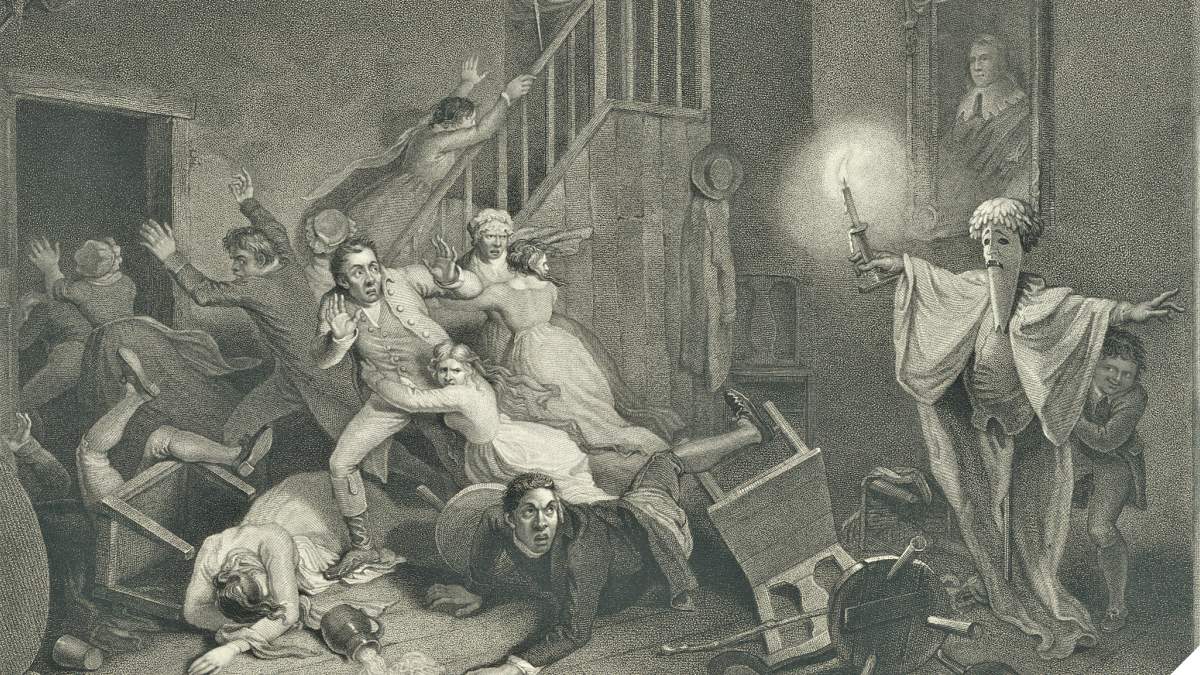 A 1700s engraving showing a room of people scared by a faux ghost. (Photo: Library of Congress)

Lawmakers in the Empire State last week approved what they call the toughest ban on so-called “Ghost Guns” in the country.

The Democrat-controlled New York State Senate on July 23 approved S.7763-A/A9903 on a 43-17 vote. The measure aims to create tough new statewide laws on firearms without serial numbers such as those commonly built by hobbyists in the comfort of their homes. Further, it would make the simple act of fitting together the component parts of a firearm a crime for anyone who is not a licensed gunsmith.

The bill has been floating around Albany for almost a decade in one form or another but was consistently foiled while Republicans held narrow control of the Senate. Today, New York’s state government has one-party rule, with Dems in the driver’s seat.

“Ghost guns have been a scourge for years, and that is why I first introduced legislation to regulate them back in 2013,” said Assemblymember Linda B. Rosenthal, a Manhattan Democrat.

The measure would define a “ghost gun” under state law as any firearm that isn’t serialized and registered, with no provision for grandfathering of guns already in circulation. Currently, federal law allows anyone legally able to possess a firearm to build one for their personal use.

Under S.7763-A, the manufacture or otherwise assembly of a firearm, rifle, or shotgun would be banned by anyone other than a licensed gunsmith. With that, it would also be a crime for anyone except a gunsmith to possess a firearm without a serial number. In the case of “unfinished frames or receivers” in the possession of such a smith, they would have to be serialized and registered with the State Police.

“New York is a nationwide leader on gun safety and we applaud Senators Hoylman and Kaplan for their leadership on this critical public safety issue in the NY Senate and urge the NY Assembly to swiftly pass these life-saving pieces of legislation,” said David Pucino, Staff Attorney at the Giffords Law Center.