Arizona -(Ammoland.com)- The Michigan Department of Health and Human Services (HHS) requires that foster parents give up their Second Amendment rights in order to be eligible to be foster parents. The Second Amendment Foundation has funded a lawsuit to challenge this requirement as unconstitutional. Federal District Judge Paul Maloney held the lawsuit against HHS may go forward. From prnewswire.com:

U.S. District Judge Paul Maloney issued the ruling in a case involving William and Jill Johnson and Brian and Naomi Mason, all of Ontonagon. While the judge dismissed claims from the Masons, he allowed the Johnsons to continue. The judge dismissed a motion by the state to dismiss the case.

In deciding that the Johnsons have a plausible case, Judge Maloney observed, “Storing firearms in an inoperable condition makes them useless for the defense of hearth and home, which implicates the Second Amendment….The need for self-defense rarely comes with advance notice; it occurs spontaneously, often at times specifically chosen for the expected vulnerability of the intended victim.”

The Johnsons' case got support from Michigan Attorney General Bill Schuette, who filed an amicus brief on their behalf. “As a practical matter, when a firearm is kept in a home for self-defense, it is always ‘in use',” he wrote. “Criminals never take a day off, and they never call ahead. To serve its self-defense purpose, a gun must be readily accessible whenever its owner believes he might possibly need it.”

“We are delighted that Judge Maloney and Attorney General Schuette expressed such common sense perspectives,” said SAF founder and Executive Vice President Alan M. Gottlieb. “This case is really all about common sense, as well as the right of citizens to be able to defend themselves and their homes and families.

To Progressives, the Constitution and the Bill of Rights are obstacles to be overcome, not pillars of American society that must be defended. Because Progressives generally view the State as god, or at least the manifestation of God on earth, right is anything that advances Progressivism. Wrong is anything that hinders advancing the Progressive agenda. President Wilson, one of the political foundational Progressives, is attributed as believing that “limits on government power should be abolished”.

The requirement that defensive guns be locked up in order to be qualified for foster parent status is an administrative attack on the Second Amendment. Progressive ideology is based on the idea that the Constitution is outdated, limits on government are a stupid idea, and experts should rule the common man. Progressivism denies the theory of natural rights that the Constitution and the Bill of Rights are based on.

It is a current article of faith of the left that guns are a danger rather than a defensive tool. Guns are like any other powerful tool. They amplify human capabilities. How they are used depends on the humans involved.

The lawsuit will now go forward. 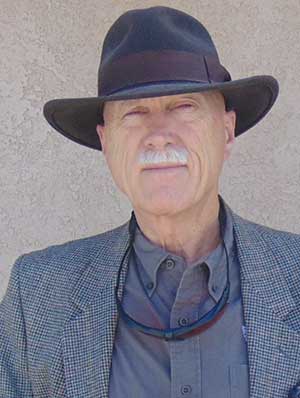 Dean Weingarten has been a peace officer, a military officer, was on the University of Wisconsin Pistol Team for four years, and was first certified to teach firearms safety in 1973. He taught the Arizona concealed carry course for fifteen years until the goal of constitutional carry was attained. He has degrees in meteorology and mining engineering, and recently retired from the Department of Defense after a 30 year career in Army Research, Development, Testing, and Evaluation.